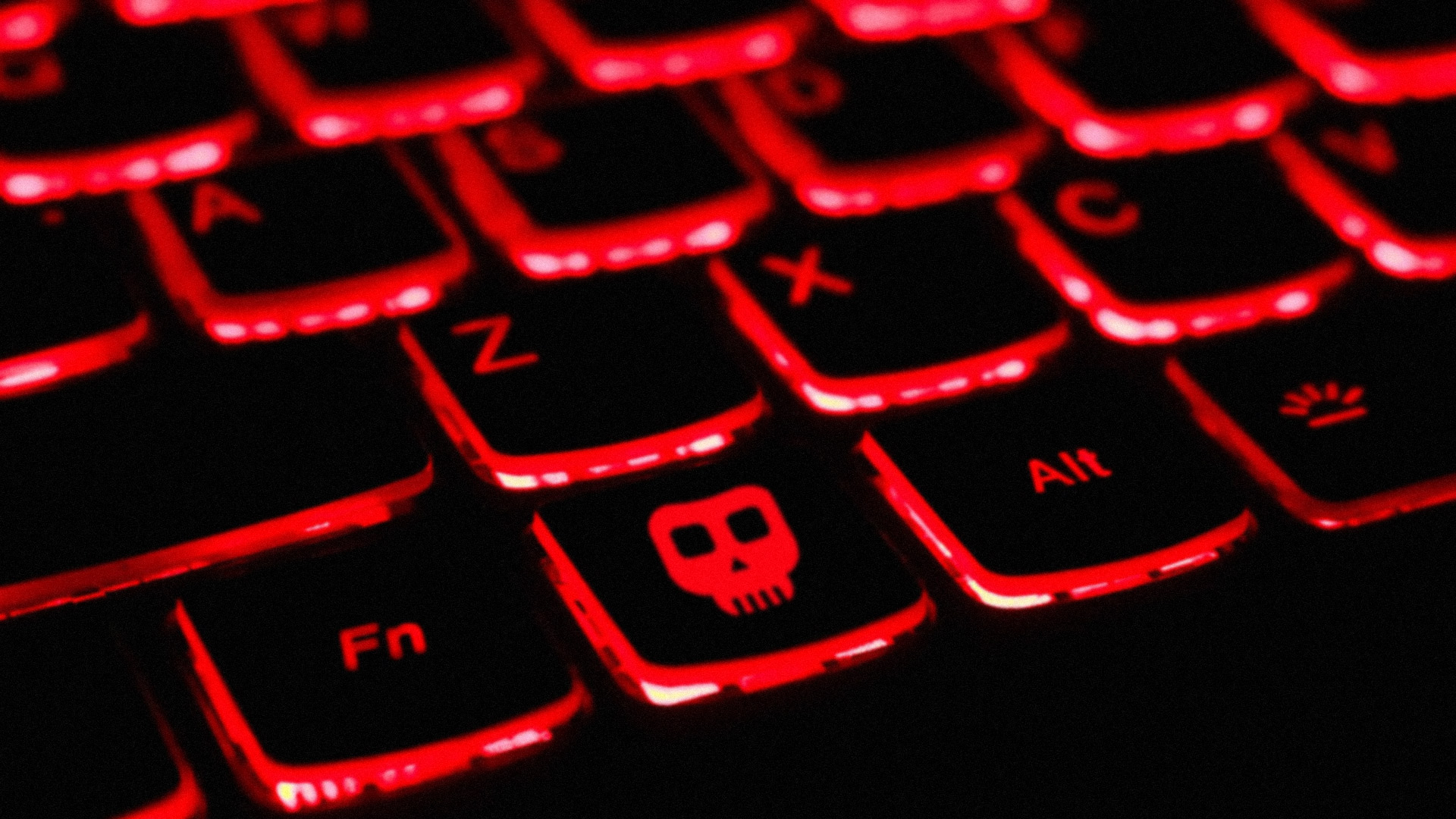 Although people’s tastes in horror games differ, we’d be hard-pressed to find a horror gaming veteran who doesn’t enjoy a survival horror game or two. After all, this horror gaming sub-genre has been around for over a decade and is likely one of the primary reasons horror games are so popular nowadays.

Many would agree that there are few things more exciting than getting thrown into a virtual life-or-death situation where the only thing between you and a monster’s clutches is how fast you can run and hide. The thrill and adrenaline rush players experience in these situations are enough to hook even the most reluctant players! That is the true beauty of survival horror games.

Whether you are a survival horror veteran or prefer more action-packed titles, there are a few survival horror games all fans of the genre should try. With that in mind, we’ve compiled this list of the six best survival horror games every horror fan should play at least once. Even if you don’t particularly like the idea of not being able to defend yourself from what lurks in the dark, these titles are iconic to the entire horror gaming genre, and we guarantee you will still enjoy them!

6 Survival Horror Games Everyone Should Play at Least Once

Here are our picks for the six best survival horror games all fans of the genre must play! Remember that our list is in no particular order, so if your favorite game ends up last, it doesn’t mean we think it’s worse than our first pick.

Five Nights at Freddy’s is a survival horror game that took the internet by storm back in 2014. Considering that the game has since got over a dozen sequels or spinoffs, it’s not far-fetched to say it’s become one of the most famous horror gaming titles to date!

Five Nights at Freddy’s is a game built on a simple but ingenious premise that will keep players at the edge of their seats all the time! Players are put in the shoes of a night security guard watching over a restaurant filled with various animatronics that come to life at night and threaten to kill him. The catch with this game is that the player cannot move from their cubicle and all they can do to protect themselves is use the limited power they have to look through security cameras and close the doors of their security room. Simultaneously, the difficulty ramps up after each night, introducing more dangers, more activity from the animatronics, and more things players must look out for.

Five Nights at Freddy’s is a survival horror game that players will love to hate as it is unforgiving, challenging, and terryfing! That is precisely what makes it the perfect choice for all survival horror fans out there.

There is likely no fan of horror out there who wasn’t watched or played an Alien movie or game. That means the deadly murder machines that are Xenomorphs should be no strangers to you! However, there is no Alien game out there that manages to capture the horrors of facing this hulking behemoth than Alien: Isolation!

Alien: Isolation is without a doubt the best Alien game to date, and it just happens to be a survival horror game! Players play as Amanda Ripley as she sets out to look into the causes behind her mother’s disappearance. However, it doesn’t take long for her to come face-to-face with a full-grown Xenomorph!

Alien: Isolation is a stealth-focused survival horror game unlike any you’ve seen before. Although players have no chance of slaying the Xenomorph, only those cunning enough to use the gear, resources, and environment to their advantage will have a chance of escaping the space station alive. Whether you choose to track the Xenomorph’s movements with a scanner or distract it with flashbangs, how you’ll proceed will be entirely up to you!

Oh, but be careful — Alien: Isolation features advanced learning A.I., meaning that the Xenomorph will adjust its behavior based on your actions and tactics! This feature is likely the one hardened veterans will love the most, as it will ensure you’re always faced with a challenge.

Layers of Fear is a short but gold survival horror game with a beautiful Gothic aesthetic and a chilling story. This game puts players in the shoes of an artist driven to the brink of madness while trying to finish his masterpiece.

In Layers of Fear, the player’s goal is to wander around the twisted hallways of the artist’s mind in search of the missing ingredients for his last painting. This deeply psychological survival horror game is much more than meets the eye as it carries a grueling but relatable message. Aside from the revelation at the end, there are few (if any) games that portray madness better than Layers of Fear, as even the players themselves will begin to question their sanity the deeper they go down the rabbit hole.

Despite being a pretty short adventure, Layers of Fear made our list for its breathtaking storytelling, aesthetics, and mastery of portraying something as intangible as madness. If you love psychological horror games or movies, this title is perfect for you!

If anyone says asylums in horror games are overdone, they have likely never played Outlast! Although the setting for this iconic game is one of the most overused horror game tropes to date, Outlast blows all other games out the water!

This survival horror masterpiece makes players play as an investigative journalist who decides to sneak in into an asylum surrounded by a veil of suspicious reports and rumors. Armed with nothing more but a night vision camera as your only way to see in the dark, it doesn’t take long for your to figure out something is not right in this place.

Outlast is a horror game like no other — it is visceral, bloody, and disturbing on so many levels. The game doesn’t shy from visualizing various horrors throughout your playthrough and puts players against many different enemies in their quest for salvation. The game was inspired by the classic found-footage horror movies and managed to capture the same atmosphere perfectly; the creepy setting of the insane asylum fits the narrative like a glove.

But the best part about Outlast is that it also features a compelling story for anyone willing to put the effort to explore! However, if you’re willing to go that far, know that you’ll have to play the game’s sequels too if you want to get the entire picture!

There is so much to say about Outlast, but we don’t want to reveal too much; it is a game that should be experienced raw! So if you’re looking for a terrifying survival horror game, look no further!

All fans of H.P. Lovecraft, rejoice — Call of Cthulu is the perfect game for you! This game is inspired by Lovecraft’s story of the same name and is a worthy homage to his work!

Call of Cthulu follows a war veteran, Edward Pierce, haunted by lucid nightmares and on the brink of alcoholism as he takes up a new case as a P.I. to look into the deaths of the Hawkins family on a remote port town of Darkwater. When Edward reaches the town and starts getting closer to the truth, things begin taking a darker turn.

Call of Cthulu is a psychological survival horror game that will leave no player indifferent. The aesthetics are dark but beautiful, and the game tells a captivating story while still leaving plenty of room for player choice. Will you plunge into the depths of insanity, or will you remain in control and resist Cthulu’s call? It’s all up to you!

Just be prepared to face off against various cosmic horrors that look as if they came straight out of an H.P. Lovecraft novel! We’re sure you’ll love it!

Finally, no survival horror game list would be complete without the game that started the entire horror game craze — Amnesia: The Dark Descent! Despite being more than a decade old, this game is still the unprecedented king of horror in the gaming world.

Amnesia: The Dark Descent will have players wake up in an old, medieval castle with no recollection of how they got there. The players will then set off on a dark journey searching for answers, not knowing that only horrors and insanity await in the depths of the Brennenburg Castle.

Amnesia: The Dark Descent has it all — a dark, gothic atmosphere, incredible story, and horrifying monsters, making it a perfect introduction to the survival horror genre. The game’s masterful pacing and sanity mechanic are just some of the signature characteristics of the franchise, and no game managed to rival them to date!

Amnesia: The Dark Descent is a game every horror fan must experience at least once! Regardless of where your horror game affinities lie, we guarantee Amnesia will get you hooked. Don’t believe us? Try it and see for yourselves!

Did you enjoy our picks for the best survival horror games? Are there any titles you’d like to add? Which of these games sounds the most interesting to you? Let us know in the comments below!