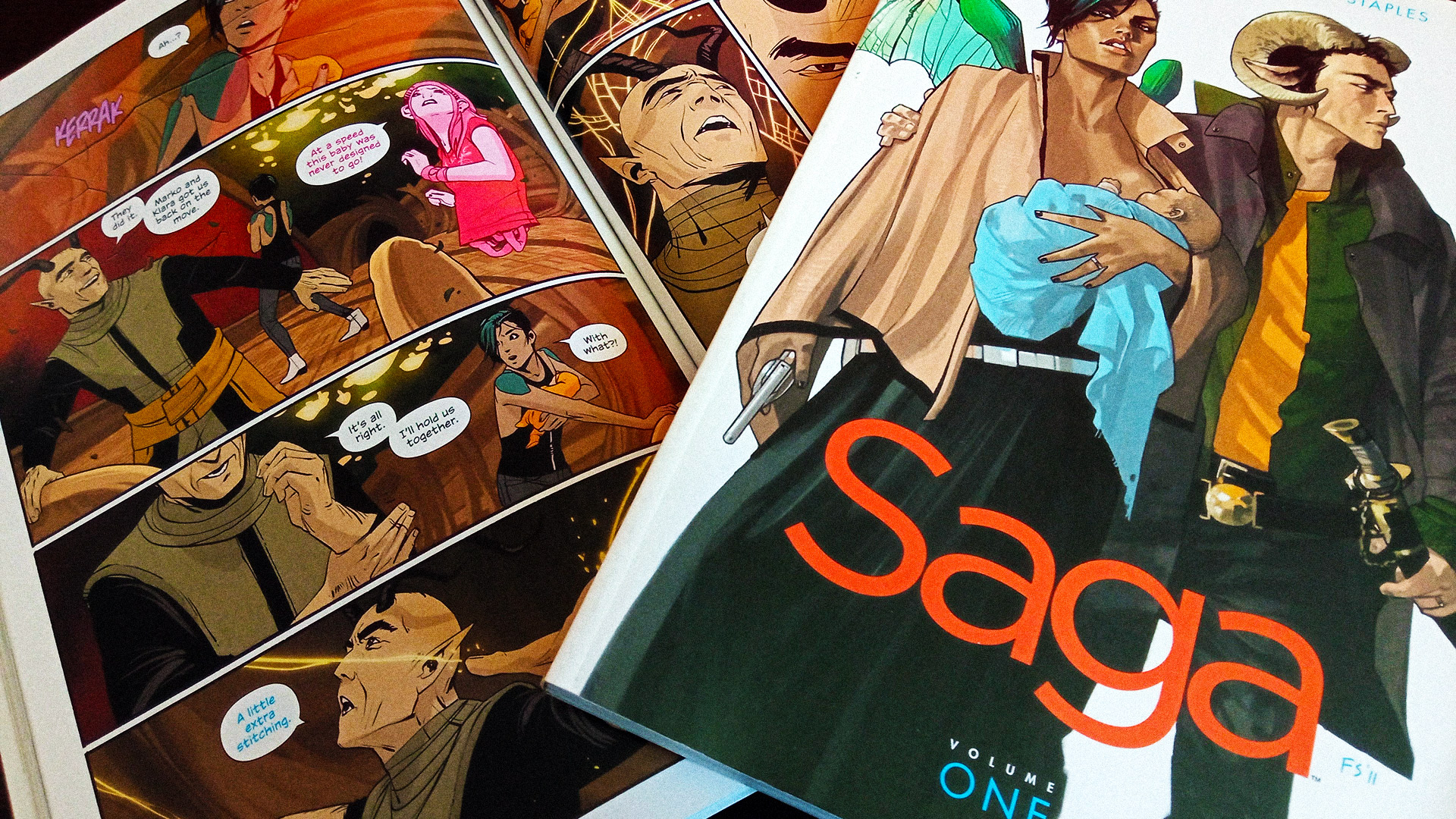 Science fiction has found its way in many art forms. There are movies, TV shows, books, and even podcasts that tackle some of the dominant themes of this genre. It’s not surprising that sci-fi has also inspired many popular comic books. A lot of creators have recognized that the genre should be illustrated in order to reach its full potential.

Furthermore, science fiction and comic books work well together. We now have heroes who get supernatural powers from strange elixirs, mysterious individuals with psychic abilities, and the universe full of weird and deadly monsters. Of course, sci-fi comic books offer readers more than just heroic and tragic characters.

Some of the best comic books in this genre tell thrilling escapist tales as well. Others present thought-provoking stories that make us wonder about our own world and society. This is one of the main reasons readers revisit them often. Sometimes they want to escape and forget about the problems, other times they want to be challenged to find similarities between future dystopias and their own reality.

Whatever the reason you turn to sci-fi comic books, we are certain you’ve found what you were looking for in one of these books. In case you’re still searching, we’ll recommend five comic books that every lover of science fiction should read.

So here are the top five sci-fi comic books!

Our first comic book on the list has been described as Star Wars meets Game of Thrones. This space opera comes from Brian K. Vaughan who also wrote Ex Machina and Paper Girls. Vaughan has done a great job of depicting a world where two lovers from warring sides of a war have to fight for their relationship (Romeo and Juliet, anyone?).

Saga follows star-crossed lovers, Alana and Marko, whose respective planets have been engaged in a long war. Alana comes from a technologically advanced world called Landfall Coalition. On the other hand, Marko is from a spiritual world, Wreath, whose people use magic. They met while Alana was supposed to guard him in a prison. But they fell in love with each other, agreeing to flee in order to stay together. The price of their relationship is high, but they are willing to do what it takes to never leave each other’s side.

If you’re looking for memorable characters, intriguing worlds, a bit of magic and battles, look no further than Saga. This is one of the most popular sci-fi comic books, and it’s time you see why people are obsessing over it.

We’re pretty sure Akira needs no introduction. But if you’ve been living under a rock for the past few decades, it’s best you come out and discover the world of a teenage biker gang. This cyberpunk manga was written and illustrated by Katsuhiro Otomo. His Akira was so groundbreaking that it is still inspiring new generations of comic book creators.

Akira is set in Neo-Tokyo, about 38 years after a nuclear explosion obliterated the old city. The story focuses on Kaneda who leads one teenage motorcycle gang. Kaneda and his friends try to prevent Tetsuo, a teenager with telekinetic abilities, from using his special powers. In case he does, Tetsuo will awaken a mysterious and powerful character called Akira who is to blame for the destruction of Tokyo.

Otomo’s work is still one of the best sci-fi comic books to date. The story of teenagers clashing with powerful psychics will keep every reader hooked until the very end. Akira’s impact is visible in the world of comics, animation, and popular culture more than 30 years since its release.

From the pen of Brian K. Vaughan comes another thrilling story that you simply cannot ignore. Paper Girls resembles a really good 1980s sci-fi film except it has an all-female cast (about time!). The success of and hysteria around Stranger Things proves that people want to see the adventures of kids in science fiction. Therefore, it’s no surprise that Paper Girls will soon hit our TV screens. Here’s what it is about!

Paper Girls centers around a group of newspaper delivery girls from Stony Stream, a fictional suburb of Cleveland, Ohio. Erin, MacKenzie, KJ, and Tiffany are out doing their job when they encounter strange occurrences in their town. Namely, Stony Stream seems to be struck by an invasion from extraterrestrial forces. The girls meet time travelers and become embroiled in the conflict of two warring factions.

Although Paper Girls seems like a basic story at first, it quickly proves it’s much more than that. This tale helps readers uncover crazy conspiracies about aliens, go through a journey of self-discovery with girls, and meet strong female leads. Paper Girls is one of the best sci-fi comic books because it always keeps the reader invested without revealing what is really happening.

Fear Agent is perfect for all of those who are looking for a bit of retro science fiction. Written by Rick Remender, best known for his work on Captain America, this comic is a stunning work of art. Remender embraces the incredible visuals that you can find in classic European comics. Yet he somehow manages to push the boundaries of storytelling.

This comic book introduces us to Heathrow Huston, an alcoholic spaceman who is a part of Fear Agent. He belongs to a task force whose job is to eradicate alien threats to planets (in Heathrow’s case that planet is Earth). The leading character undertakes crazy adventures that have him meet weird and grotesque individuals. He does what he can to save the human race from tentacle monsters, evil robots, and other threats.

Fear Agent should be on your to read list of sci-fi comic books because of its titular agent. Heathrow is an unlikely hero, a man who loves to drink and make rash decisions. This book is unpredictable, fascinating, and by all means unforgettable. In other words, it’s a work of genius!

Paper Girls isn’t the only comic book on our list whose main characters are all women. There is also Bitch Planet, a feminist dystopian work that you won’t be able to put down. Kelly Sue DeConnick is to thank for this incredible story that focuses on strong female leads.

In Bitch Planet, women are sent to a prison on another planet for being “non-compliant.” The story moves through time, revealing to readers how and why the women were arrested. At the same time, this comic book focuses on their experiences within the prison. Bitch Planet is graphic and violent. But it also serves as a commentary on relevant issues, including oppression, women’s rights, feminism, and human decency.

Bitch Planet is absolutely worth a read, like other sci-fi comic books on our list. It reminds us of Orange Is the New Black, only it is set in space.