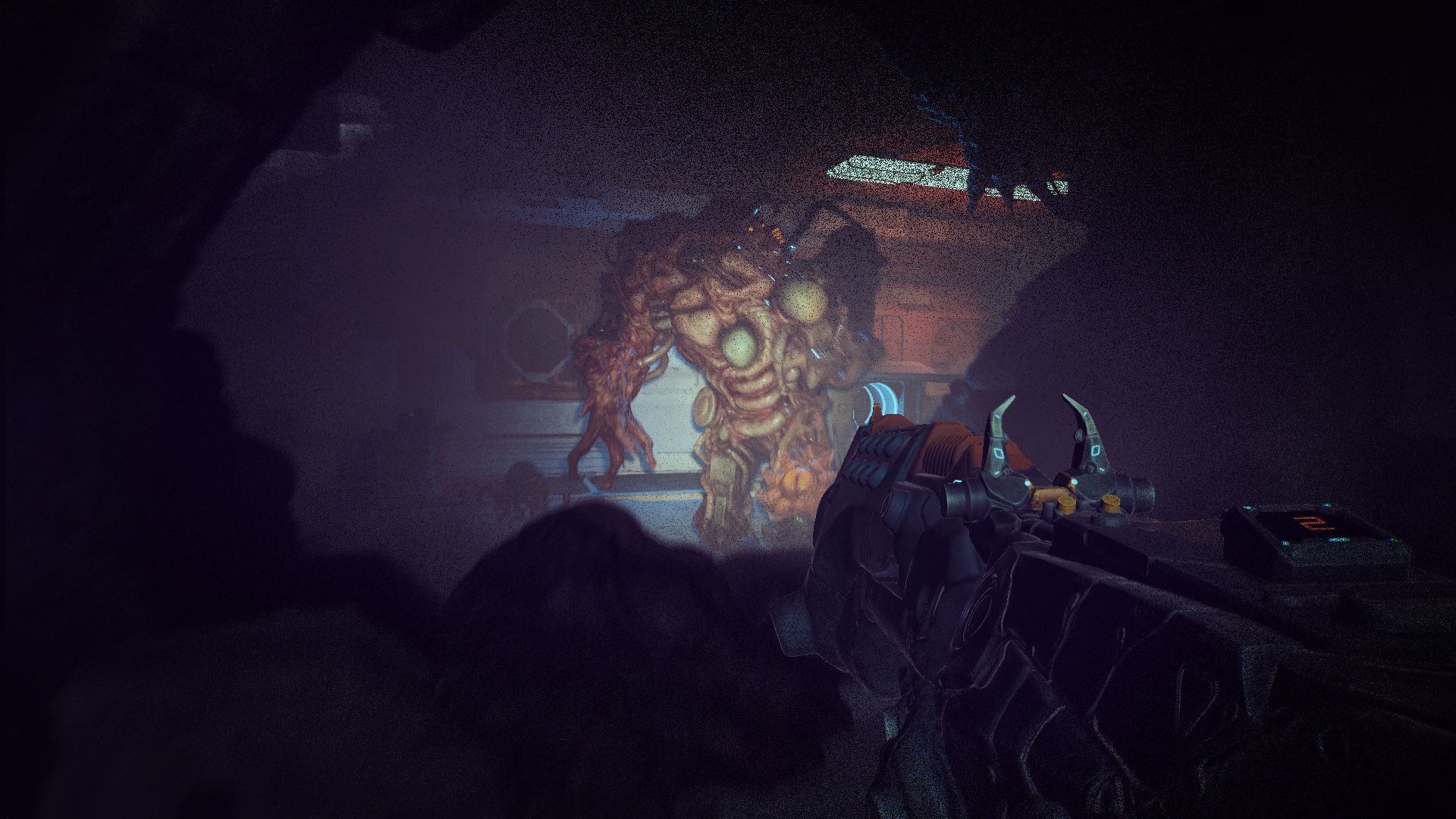 Since the early days of PC horror gaming, there have been many horror masterpieces that found their way to the hearts of gamers worldwide. Most of these horror gems stood the test of time and are popular even today, and for a good reason. These games are either innovators in their genre or have given birth to franchises that are still alive and thriving.

Whether you’re just looking to enter the horror gaming world are wish to give some of the old-time horror classics another go, there’s no better way to start 2022 than by revisiting some of the best PC horror games of all time. There are dozens of horror titles that deserve their place on this list, so picking only six was tough. However, we decided to base our list on a few factors: genre variety, influence on the horror gaming scene, and successful sequels.

Here are our favorite six PC horror games everyone looking to get into this genre should play. We decided to select a few titles from different genres so that gamers of all preferences can find something to their liking.

If you’re a fan of retro FPS games, you’re sure to enjoy Ripout. The game takes inspiration from some of the old-school classics like Doom, but with a twist. The core gameplay revolves around exploring derelict ships in search of the last bastion of humanity, the Sanctuary. Along the way, you will have to combat the aftermath of the deadly virus, the Cell, that has nearly exterminated all life in the galaxy.

Ripout relies on procedurally generated levels, meaning each mission you undertake will have a unique layout and challenges. Players will be able to set off on missions solo or in squads of up to three people, so you can even enjoy the game with your friends. The dynamic difficulty adjustment will ensure you always have a challenge, regardless of the number of players present.

What gamers will likely find the most appealing about Ripout, though, is its iconic Pet Gun. Every player has one, and it acts as your primary weapon and companion along your journey. The key to surviving and thriving in Ripout will be making the most of your Pet Gun’s special abilities and different upgrades and weapon mods to best handle different situations.

Overall, if you’re looking for an interesting FPS title to play in 2022, keep a lookout for Ripout, which is set to release in the second half of this year.

Outlast is one of the most iconic survival horror games that graced the scene back in 2013. The game was like a breath of fresh air in the survival horror scene due to its unusually brutal and bloody visuals, storyline, and characters. The developers managed to perfectly capture the sense of dread and helplessness as you explore the Mount Massive Asylum in an unforgettably terrifying horror adventure.

The game was so successful that it turned into a franchise, as the developers put out a sequel in 2017 and are also planning another release this year! Outlast featured outstanding voice acting, visual design, and gore for its time, as well as a convoluted storyline that has yet to be fully resolved. That is likely part of the reason why gamers are still enamored by the series and are eagerly looking forward to the game’s finale.

If you are a fan of survival horror games, exploring Mount Massive Asylum with nothing but your camera and limited batteries is sure to be one of the most intense horror experiences of your life. But even if you prefer other types of horror games, we’d still recommend giving Outlast a try in 2022, purely because of its phenomenal story.

Prey is a beloved and highly anticipated reboot of an old sci-fi horror game, and it lives up to its name. The game is an FPS with many RPG elements set in 2032 on an abandoned space station. The protagonist awakes having lost his memory and explores the station looking for survivors. From there, it’s all up to the player to choose how they’ll approach the game.

In a typical RPG fashion, Prey lets players customize their playstyle and weapons based on their preferences. Do you wish to go in guns blazing? Feel free! Do you perhaps prefer a stealthy approach? There are plenty of skills and items to help you with that. In Prey, the world is your oyster.

If you’re a fan of action-packed shooters with RPG elements, you’re going to have a blast playing this game. We wouldn’t be surprised if you go for multiple playthroughs and try out different builds, thanks to all the customization options available. And if you’re in it for the story, the ending is going to blow you away; we guarantee it! Overall, Prey is undoubtedly worthy of a spot on this list.

Dead Space is one of the most influential horror first-person shooters of the early 2000s that quickly turned into one of the most successful horror franchises to date. The game features some of the most iconic characters and monsters in horror gaming history and is worth coming back to even today.

Dead Space’s plot revolves around battling the world-destroying race of aliens, the Necromorphs, and saving humanity from the brink of destruction. From betrayal to heartbreak, this game will put you up for a wild ride from start to finish. It offers the perfect mix of survival and action-packed horror elements, so it will suit many different players’ tastes. Players will often have to find unique ways of dealing with regenerating monsters and use different weapons suited to the occasion, so Dead Space is an excellent choice for anyone looking for a challenge.

If you are a fan of horror shooters and haven’t tried this iconic franchise or just feel like revisiting some of the old horror gems, Dead Space is a must-play.

Unlike the games we have covered so far, Phasmophobia is a recent entry into the horror gaming world. This title is a co-op ghost-hunting survival horror game that was initially developed by one person, but, since it quickly exploded in popularity, the dev team soon expanded.

Although the game’s simple in premise — up to four players explore various haunted houses or places trying to identify the ghost that’s haunting them without dying — the game’s welcoming community and replayability is what made it so popular. Due to ghosts and their behavior being randomly generated each time you enter a map, every single mission is unique. That is the primary reason so many people have hundreds if not thousands of hours put into this game.

Since its release, Phasmophobia has improved on its core gameplay, added new mechanics, reworked visuals, and so much more. The updates come out regularly, and each of them contains plenty of new content to experience. When you combine that with the massive player base of survival horror games, it should be clear why Phasmophobia still has tens of thousands of active players.

If you are a fan of survival horror titles and haven’t yet tried this game, it’s time to change that in 2022! And even if you did play it some time ago, you should likely revisit it; you might not even recognize it anymore!

Left 4 Dead 2 is one of the most famous co-op horror shooters on the market and is also the crown gem of Valve’s gaming repertoire. This game is the one that started the entire zombie-shooter craze back in the day, and it is still unrivaled even by modern titles.

Left 4 Dead 2 is an action-packed and fast-paced shooter with many unique enemies and challenges throughout its storyline. The primary game mode is a co-op story mode, where up to four survivors set off on several consecutive missions through different zombie-infested areas. The majority of the combat happens in a wave-like system, but thanks to the game’s dynamic difficulty adjustment, the number and the difficulty of zombies will vary based on your team’s previous performance and skill level. In fact, this system is still one of the best-designed difficulty systems in all modern-day gaming.

But if you prefer playing PVP, there is also a mode for that! Left 4 Dead 2 also offers an opportunity for two teams to face off against each other, where one side plays the survivors while the other helps the zombie hordes. In this mode, both teams will get to play as either side, and the team with the higher scores at the end will be crowned victorious.

Whether you’re a fan of zombie shooters or prefer other types of horror games, Left 4 Dead 2 is such an iconic title that you’d be remiss not trying. The game lives up to its name even today, well over a decade after its release. So why not grab your friends and have a go at it today?

How did you like our picks for the best PC horror games no player should miss? Did your favorite title make the cut? Are there any other games you’d like to see included? Which ones were your favorites? Let us know in the comments below!