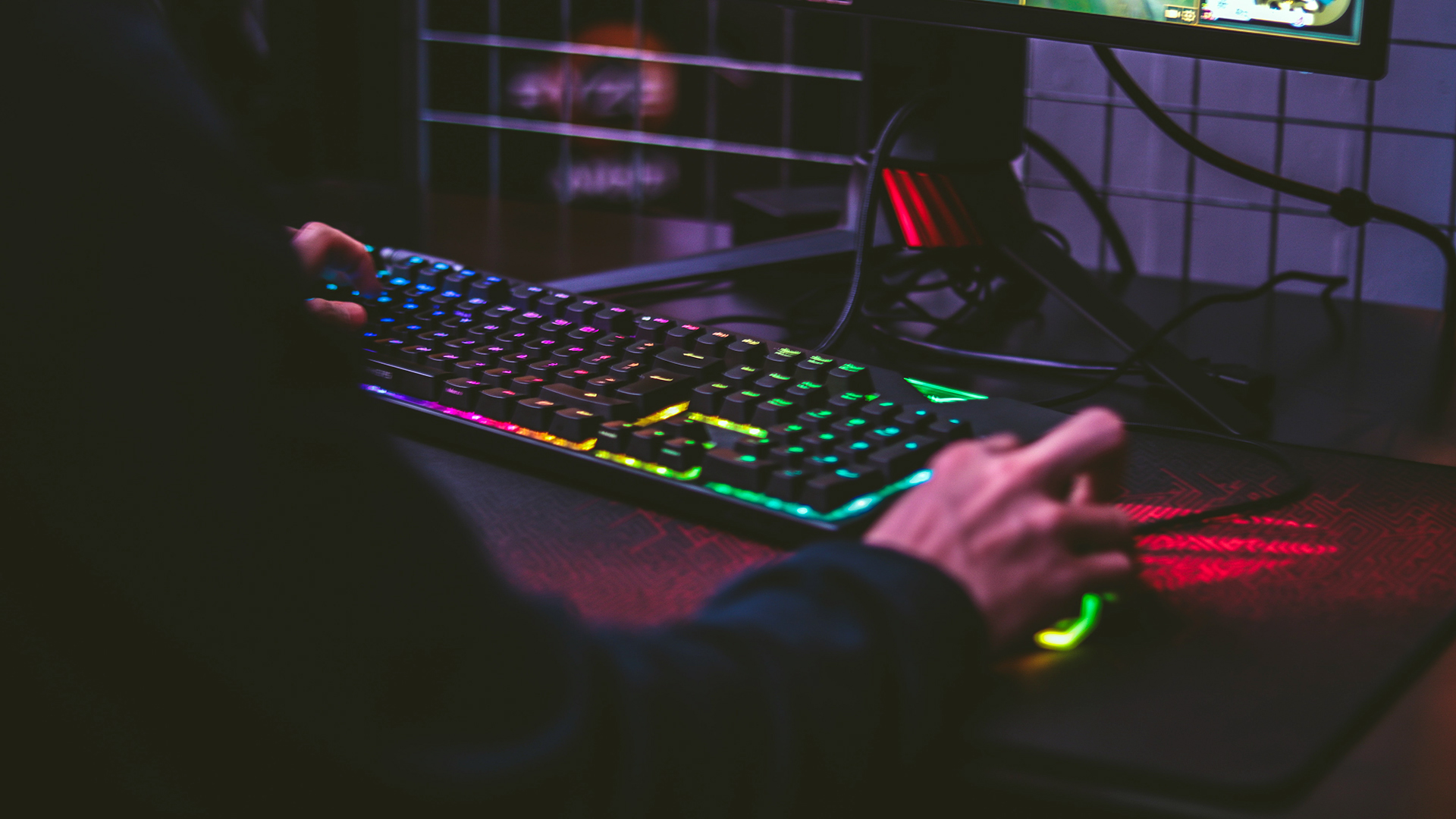 The horror game genre has been around for a while, but it’s more popular than ever nowadays! But why? The most likely reason is that you can play most modern horror titles with your friends! That’s right — multiplayer horror games are all the rage nowadays as more and more people are finding out the beauty of getting scared out of your wits with your friends.

If you’re a horror game enthusiast, you’ve likely noticed this growing trend and are hopefully already on board! So if you’re looking for some fresh horror game ideas you can play with your pals, you’re in the right place!

Today, we look at six must-play multiplayer horror games for all fans of the genre. We decided to choose titles from various sub-genres to suit different playstyles, so you rest assured you’ll find a game to your liking! And even if you’ve played some of these titles already, why not revisit them? Some of these games are as old as the online horror craze itself and are well worth replaying!

6 Multiplayer Horror Games That Will Keep You Up at Night

Here are six multiplayer horror games all fans of the genre are sure to enjoy! Remember that our list is in no particular order, so don’t feel bad if your favorite title ends up toward the bottom!

Dead Space 3 is one of those classic co-op horror shooters that hardened veterans of the genre remember fondly. It is the finale of the Dead Space franchise and a worthy one at that!

Even if you’ve never played any Dead Space game, you have undoubtedly heard of the infamous Isaac Clarke and his battle with the undead monsters plaguing the universe — the Necromorphs. This horror title has you set off on a journey to take the fight against these creatures to their homeworld — Tau Volantis — and end the hold they have over the galaxy for good!

If you are a fan of action-packed horror shooters you can play with your buddies, you’re going to enjoy Dead Space 3. Although the game didn’t sit as well with the fans as its previous two installments, it does introduce several new game mechanics and presents a worthy end to one of horror gaming’s most iconic franchises!

Oh, and if you’ve never played any of the Dead Space games before, why not start from the first one and work your way up? All three combined offer over a hundred hours of exciting, mutant-killing gameplay!

7 Days to Die is an early access zombie-survival horror game that takes inspiration from one of the most popular games of all time — Minecraft. But wait — even if you’re no fan of Minecraft, there are plenty of reasons to give 7 Days to Die a chance!

Since its early days of development, this game has come a long way and revolves around surviving in a zombie-ridden open world for as long as possible. The game features an in-depth building system similar to Minecraft’s that players can use to create their own homes, build defenses, or fortify existing structures to help them fend off zombie hordes.

The real challenge in 7 Days to Die, though, comes from Blood Moon zombie hordes! Every seven days, a massive wave of zombies will come crashing down on the players at night wherever they try to hide. That is where the building element of the game comes in, as players will have to build defenses to survive these attacks. And if you’re worried you might easily overpower these monsters after a few weeks in-game, don’t. Every seven days, the horde’s power and size increase, so you’re always bound to find a challenge!

If you enjoy survival and horror games equally, 7 Days to Die is a must-play! In this game, you get the best of both worlds — huge fights with swarms of zombies and the satisfaction of shaping the world around you at a whim. If that sounds like something you’d enjoy, we wholeheartedly recommend you give this game a shot!

If you haven’t played Dead By Daylight yet, you must’ve been living under a rock! This multiplayer horror game was an instant hit as soon as it came out, and today, it’s more popular than ever.

Dead By Daylight puts gamers in the shoes of one of four survivors looking to escape or a killer whose goal is to eliminate as many of them as possible! There are many different and exciting maps players can play on, which gives the title a lot of replayability. The survivors must wander around the map, fixing generators to open the gates and escape, while the killer has to chase them down and sacrifice them to a dark deity.

What makes Dead By Daylight so exciting is that it caters to different types of gamers! Whether you want to murder others as one of around a dozen killers with unique skillsets and special abilities or are more of a scare-fanatic who enjoys the adrenaline rush of constant danger, this game will meet your needs. And even the survivors have special abilities that players can use to their advantage! That leads to incredibly dynamic gameplay, where no round will be the same.

Aside from being a highly strategic and fast-paced game, it is also incredibly terrifying. Some of the killers that will be stalking you look like your worst nightmares! So regardless of your taste in horror, Dead By Daylight is a multiplayer horror game everyone should try!

Valve is famous for creating high-quality, evergreen games, and that is especially true for Left 4 Dead 2. Regardless of whether you’re a fan of zombie games, this title is one you don’t want to miss, and there’s a good reason for it!

Left 4 Dead 2 is a game with the perfect blend of horror and action-packed shooting that remained relevant to date, despite its being released 12 years ago! That has to mean something, right?

Left 4 Dead 2 will have teams of up to four players fight through massive hordes of zombies in their attempt to escape with their lives. The sheer variety of unique enemies with different strengths and weaknesses make it so that running in guns blazing will always prove fatal. That means you will have to strategize and maybe even leave players behind if you hope to survive.

But the best part about this game is that it has dynamic difficulty adjustments that will tweak the strength of upcoming waves of enemies to your team’s performance! When you combine that with its random enemy placements, you get a multiplayer horror game with near-endless replayability! That is why Left 4 Dead 2 is still played to this very day, making it one of the most longevous horror games of all time.

Regardless of whether you’ve already played this game before, it’s well worth revisiting!

Phasmophobia is a recent multiplayer horror game hit that has taken the world by storm! This one-man passion project is the perfect testament to how it doesn’t take an entire development team to create a horror masterpiece.

The game revolves around teams of up to four players exploring reportedly haunted locations searching for evidence of paranormal activity. Gamers have to purchase various tools to help them identify the type of ghost haunting the places they visit in this spooky ghost-hunter-simulator-like game.

Although the game features simple graphics, its atmosphere is mind-blowing, and the ghosts are absolutely horrifying! The fact that all paranormal events and ghost spawn locations are entirely random means that you will never play the same round twice. This incredible replayability combined with one of the most terrifying horror atmospheres in recent horror history is what makes Phasmophobia a masterpiece!

If you like spooky games and haven’t tried Phasmophobia yet, it’s time to change that! The game is incredibly cheap on Steam, so there’s no reason not to give it a whirl.

If you’re looking for an unusual but exciting horror experience, look no further than Hunt: Showdown! This multiplayer horror game was praised for its innovative gameplay and a fresh take on the horror genre.

This first-person shooter horror game has several teams of up to four players wander around an open-world map looking for clues on the whereabouts of one of several giant boss monsters. The goal of each team is to hunt down the creature and claim the bounty for themselves.

However, the catch here is that only one team can claim the bounty! That means that monsters aren’t your only enemies in Hunt: Showdown! The boss monsters are challenging enough to defeat as they are, but that becomes even harder when you realize you have other players breathing down your neck.

This PvPvE horror game is like no other in terms of suspense and challenge it poses. If you enjoy blasting other players’ heads but also like a quality horror game, this title is perfect for you! Whether you like to go in guns blazing or prefer to let others do the dirty work for you and ambush them instead, you’ll have a blast playing Hunt: Showdown!

We wholeheartedly recommend you try it!

What are your thoughts on these six multiplayer horror games? Are there any you’d like to try? Is there another game you’d like us to add to the list? Let us know in the comments below!