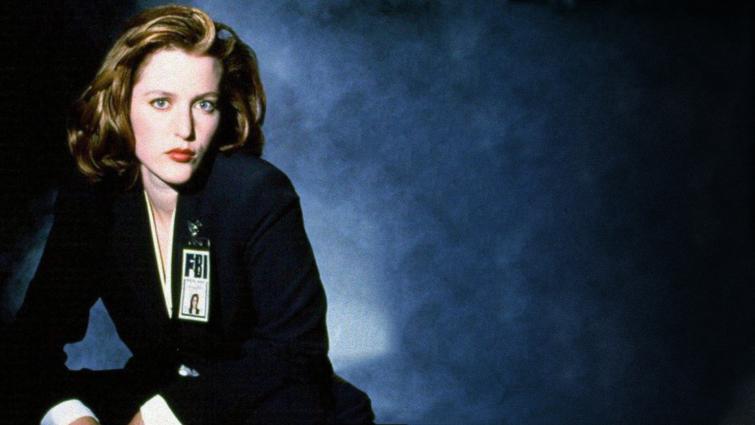 5 Iconic Women in Sci-Fi TV Shows That Inspire Us

Why do we love science fiction? One of the reasons we’re crazy for this genre is that it allows us to explore our future and find answers to the most burning questions. There are so many things we want to know about the years yet to come. Where are we going? What can we expect from our future? And science fiction provides loose answers to these questions. It basically shows us what our future might look like and which planet we might inhabit one day.

But what’s another reason we love science fiction? Most of you will probably say it’s because of unique, sometimes weird characters. Although this genre is still male dominated, there are women who give them a run for their money.

Yes, there is no shortage of strong and fascinating female characters in this genre. We see them kicking around the galaxy, researching strange phenomena, and destroying monsters. Iconic characters like Ellen Ripley and Sarah Connor have set the bar high, but other ladies are trailing behind them. Some of them we can find on TV.

In this article, we’ll take a look at five amazing women in sci-fi TV shows. These ladies steal every scene they’re in and show us what a tough female character is capable of.

We loved watching The X-Files. There was something thrilling in unsolved cases involving paranormal phenomena. Plus, the show featured one of the first truly equal partnerships — the one between Dana Scully and Fox Mulder. But we’ll focus on the genius that is Scully.

Often people think that strong women in sci-fi TV shows need to be big and wield a laser-gun. But Scully proves that this isn’t true. She doesn’t lift a car over her head or assume the body of another human, yet she is one of the strongest female characters in science fiction. This is because she is brilliant and confident. Scully enters a room knowing she is one of the smartest persons in the said room.

Furthermore, Scully was a good role model for girls. An intelligent career woman who applies logic and reason whenever her partner Mulder points to aliens or paranormal.

Orphan Black built a loyal following around the world. Millions tuned in to watch the adventures of one of the coolest women in sci-fi TV shows. We’re talking about Sarah Manning, a character who assumes the identity of one of her fellow clones. While the series focuses on the moral implications of human cloning, it also develops strong female leads.

Sarah is a natural chameleon who has endured many hardships in her life. She is street-smart and tough. On top of that, Manning is a strong and clever survivor. Just like Sarah Connor, Orphan Black’s Sarah is willing to do anything for her child. What keeps her going is her determination to build a better future for her daughter.

What’s more, Sarah is something of a free spirit and she isn’t scared to rush into another adventure. Although she discovers she is a clone, she doesn’t let this label define her. Sarah is more than just a clone. She is one of the strongest women in sci-fi TV shows, proving that female leads are what viewers want to see.

Stranger Things features an ensemble cast like many other science fiction shows. However, no one can deny that it largely centers around Eleven. This girl was born with many preternatural abilities, and she is the strongest when she is angry or scared.

Raised in one laboratory, Eleven was deprived of socialization. So, we meet her as this timid, socially withdrawn child who is cautious of other people. But she becomes fiercely protective of those who care for her over the course of the show. She exhibits unyielding loyalty which makes her endearing to TV viewers.

Although other characters are admirable as well, Eleven is a fan-favorite on Stranger Things. Don’t let her size fool you — she can fling a large van in the air and make it seem effortless. If necessary, she will risk her life for her friends.

Anyone who watched The 100 knows this show was a wild ride from start to finish. The human race is nearly extinct after a nuclear war wreaked havoc on Earth. But some people were able to escape this destruction and find refuge in space. This is where we meet Clarke Griffin, a young girl who grew up on the Ark. Clarke needs to go to Earth to see if it is inhabitable yet.

What makes Griffin one of the coolest women in sci-fi TV shows? Her personality! She is headstrong, determined, and smart. We also see she is a natural-born leader. Clarke makes hard choices that end up haunting her. But, as she says to her friends, “I bear it so that they don’t have to.”

No one wants to be in her shoes, yet they respect her willingness to fight for the remaining humans and their survival. Clarke is also fair, caring, and loyal to the end. However, just like some other strong women in sci-fi TV shows, Clarke sometimes makes impulsive decisions and displays poor judgment.

The last entry on our list of strong women in sci-fi TV shows is Kara “Starbuck” Thrace. She is a perfect example of a well-written female character on television. In a show that features so many interesting characters, it’s an achievement that Starbuck is able to stand out so much. But, Kara steals the show because of her cool attitude.

She is the cocky, trouble-making, and talented pilot. Kara often rejects authority which hinders her career in the Colonial Fleet. However, she is so good at what she does that they let her behavior pass in most cases. Plus, she is as courageous as other strong female leads. In the beginning, she has little regard for her own life, and we see her get into the most dangerous situations. But, she eventually risks her own safety for others.

One of the most groundbreaking women in sci-fi TV shows, Starbuck is an icon because her gender doesn’t really matter. She is the best pilot in the Fleet and a person who earns the respect of everyone around her.