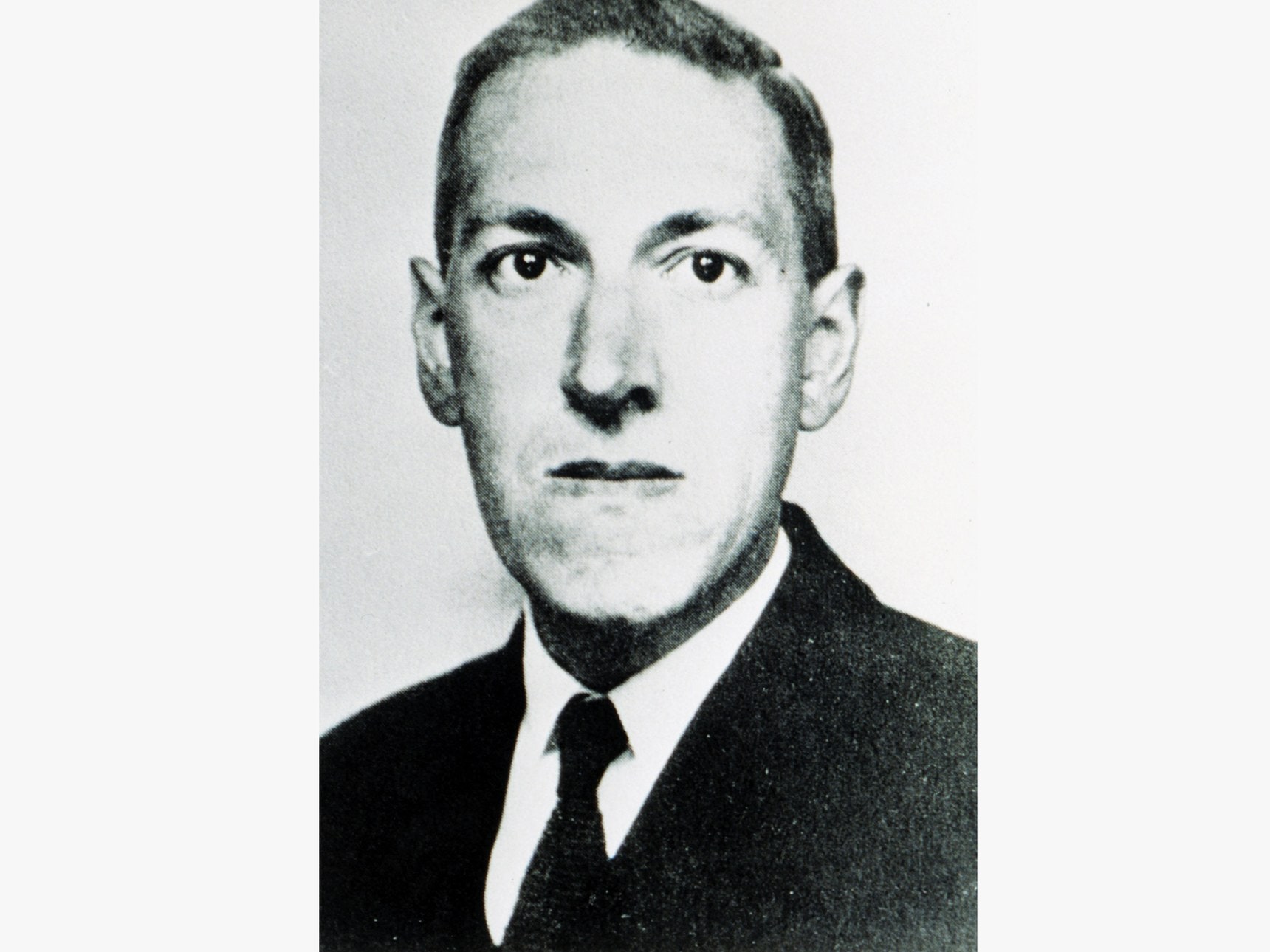 Many consider H.P. Lovecraft to be one of the forefathers of the horror genre, and for a good reason. His brilliantly dark worlds, chilling myths, and lucid imagery achieve what no other horror author managed before him. Although Lovecraft died relatively young, his legacy lives on, as many contemporary horror fans take inspiration from his works in their own creations. That includes video-game makers.

To the great joy of gamers worldwide, there are many Lovecraftian horror games around nowadays. These titles allow the fans of this author to experience his world, monstrous creations, and vision of horror through one of the most immersive storytelling mediums out there. Even if you aren’t a gamer, these Lovecraftian video games are perfect for any fan of this author’s works, as they’ll give you an entirely new perspective on his works.

These five Lovecraftian horror games are the perfect horror gaming pastime for all lovers of H.P. Lovecraft’s work. We’ve selected a variety of titles from different genres and narrative backgrounds, so you’re sure to find something to immerse yourself in!

The Shore is a relatively short but enticing Lovecraftian survival horror game that follows a man who wakes up on a mysterious, desolate island. The players wake up surrounded by a beautiful, gloomy sea and explore the distant lighthouse, searching for help. However, it doesn’t take long for them to figure out that something is off about the island.

This indie Lovecraftian horror masterpiece offers a mix of fast-paced chase sequences and puzzle-solving challenges. Its stunningly beautiful environment incredible attention to detail in its monster designs further emphasize its Lovecraftian aesthetics and has some of the best depictions of Lovecraft’s Old Gods and faceless ones on the gaming market.

But The Shore’s most significant selling point is its fantastic narrative pacing. The player spends all of their efforts trying to find the protagonist’s daughter while falling deeper and deeper into the abyss. The story culminates with the player reaching the Great Cthulhu himself.

Although this game lacks a bit in the combat mechanics department, it is a short and sweet indie title worth playing if you’re a big fan of Lovecraftian creatures and aesthetics. Make sure to check it out!

Bloodborne is a console-exclusive RPG from the masterminds behind the infamous Dark Souls series and is not for the faint of heart. This challenging, action-packed horror game will put players in the middle of a gorgeous Lovecraftian city brimming with werewolves, mutants, and cosmic horrors that won’t shy from mercilessly killing you.

If you know anything about From Software’s previous titles, you know that you’re going to die… a lot. Bloodborne plays similarly to its predecessor, Dark Souls, but with faster-paced combat focused on swift sword fighting and gun parrying. The bosses you’ll encounter in this game are equally as challenging as they are grotesque. And if you are a fan of From Software’s way of “hidden” storytelling, you’ll have a blast collecting all the pieces of lore from the environment, item descriptions, and character dialogue.

Overall, Bloodborne is not only one of the most beautiful interpretations of the Lovecraftian universe but will also be incredibly challenging to beat, making it perfect for hardcore gamers.

The Sinking City is an open-world investigation game that takes place in the fictional town of Oakmont in the 1920s. In this game, gamers play as a detective Charles W. Reed as he tries to get to the bottom of the weird visions he’s been getting lately.

Soon after the game starts, a large flood hits the city of Oakmont and immediately causes mass hysteria. The more Charles digs deeper into this mystery, the more people in the town start losing their minds. It won’t take long before players realize that the disaster that hit Oakmont was the doing of none other than Cthulhu.

The Sinking City is a perfect game for people who enjoy games with a mix of puzzle-solving and action-packed scenes. The awe-inspiring graphics, excellent storyline, and Lovecraftian background make The Sinking City one of the prime examples of a Lovecraftian horror game done right.

Darkest Dungeon is a rogue-like turn-based RPG set in a beautifully dark and grotesque Lovecraftian universe you’ve undoubtedly heard of before! Although it doesn’t boast high-end graphics, this indie game is regarded as one of the most successful titles of the past decade.

Although it has linear gameplay, Darkest Dungeon always brings something new to the table with its procedurally generated dungeons that players will be exploring to level up their characters, collect resources to upgrade their hamlet, and progress the story. Despite the game’s cartoonish aesthetics, the creativity and atmosphere are on-par with some of the best Lovecraftian horror titles out there. That is most evident by the enemy design, especially in the higher-level dungeons where players will face off against all sorts of eldritch horrors.

Players and critics alike praise Darkest Dungeon on its innovativeness, difficulty, and Wayne June’s iconic narration. In fact, you’d be hard-pressed to find a better title in the genre if we may say so ourselves! 10/10 would recommend.

What would a Lovecraftian horror game list be without Call of Cthulhu? This horror game shares the same name as H.P. Lovecraft’s most famous story for a good reason! The game follows Edward, a war-veteran-turned-private-investigator troubled by intense nightmares, and takes a lot of inspiration from Lovecraft’s original story.

An unusual case takes Edward to a strange, remote island where something immediately feels off. In this semi-open-world game, players will have to explore the island and the hilltop mansion for clues on the case, unaware that they’ll soon be thrown into a nightmarish scenario as a strange cult worshiping Cthulhu takes over the island.

This game does an excellent job at simulating the psychological trauma and confusion caused by the Great One himself, as the world around you will distort if you don’t preserve your sanity. Also, you’ll need to be extra careful with your sanity management if you wish to have a chance at a better ending.

Overall, this game features an excellent mix of survival horror and RPG elements blended into an exciting psychological horror adventure. With its dark, gloomy aesthetics, terrifying enemies and eldritch horrors, and multiple unique endings, Call of Cthulhu will provide dozens of hours of exciting gameplay for all the completionists out there!

How did you like our choices for the best Lovecraftian horror games? Which of these games sound the most interesting to you? Are there any you’re planning to try? Did you already play any of these titles before? Let us know in the comments below! 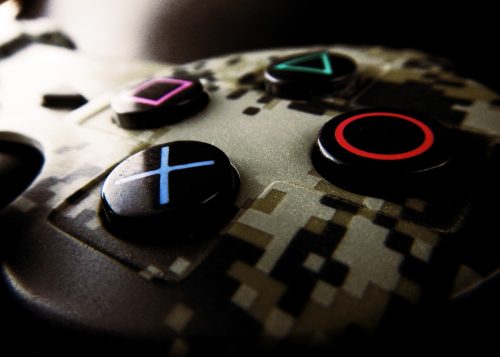 5 Open-World Horror Games That Will Take Your Breath Away 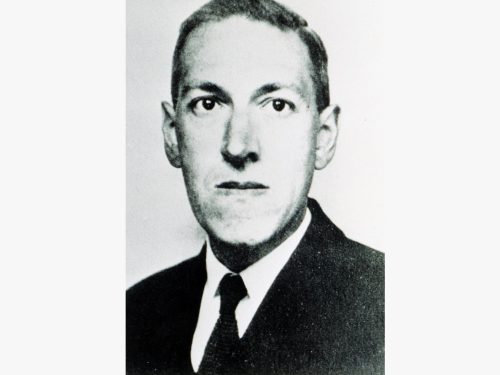 Did the monsters come too close? Burn them to a crisp 🔥🔥🔥 #gamedev #indiedev #indiegame #gaming #game #horrorgame… twitter.com/i/web/status/1…
RT @ScatheFPS: 🥩 Gibs, Glorious Gibs! 🥩 You'll find gore galore in Scathe. Will you knock out each enemy with precision or use the spec…