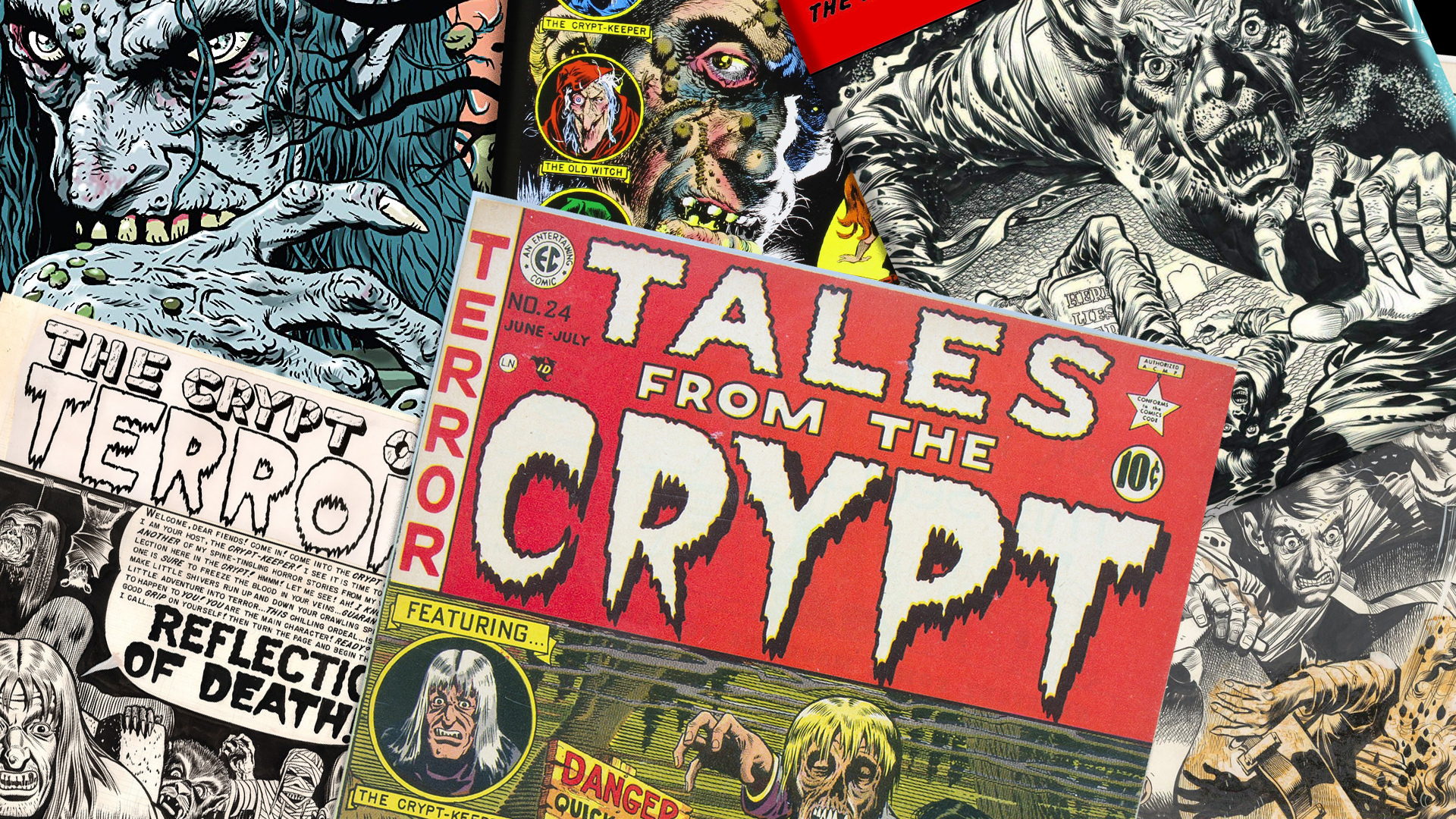 5 Horror Comic Books That Will Keep You Up at Night

Over the years, we’ve watched a lot of movies and TV shows that scared the daylights out of us, but that doesn’t mean that horror fans don’t still want to be creeped out of their minds. When there are no new horror films or TV shows you can watch, you can turn to horror comic books for a little bit of terror. In fact, horror comics have made a huge splash recently, with storylines featuring vampires, sinister entities, and zombies.

Whether you are reading a book or watching a movie from your home, the horror genre has the ability to make you jump at every sound you hear in your apartment. This genre is in a constant state of change which isn’t surprising. As audiences evolve, so do the things that frighten them. Horror comic books creators are more than aware of this. That’s why we see innovative new stories every year that explore new ways of scaring readers.

If you’ve seen all of the horror movies on Netflix, it’s high time you curl up with a comic book that has creepy storytelling. We’ve prepared five comics that will take you to worlds where zombies and supernatural secrets are an everyday occurrence.

Here are our picks for top horror comic books!

First on our list is a comic you have probably heard of. In fact, there hasn’t been a bigger or more successful comic book in recent history than The Walking Dead. Since the release of the adventures of Rick Grimes and his fellow survivors, The Walking Dead has become a household name around the world. Audiences can’t stop reading this post-apocalyptic comic that features scary-looking zombies and even more terrifying humans.

The Walking Dead focuses on Rick Grimes, a deputy who gets shot while on duty. He comes out of a coma only to find out that there is a zombie apocalypse and a state-wide quarantine. Grimes finds and joins other survivors who don’t want to become the next meal for zombies. Gradually, Rick becomes a leader of this community and we see them struggle to survive the zombie apocalypse.

The Walking Dead reinvented horror comic books and put a spotlight on this genre. This comic introduced a tale where anything can happen when you least expect it. No character is safe in the world full of dead people.

One of the most prolific comics writers is Scott Snyder who wrote American Vampire and Justice League. But we’re mentioning him in our article because of Wytches, one of the best horror comic books ever made. This comic will hopefully soon be turned into a movie, with Plan B Entertainment buying the rights. Fans are hoping that the movie will be worthy of the comics in the end.

Wytches follows the Rook family as they move to a small town of Litchfield, New Hampshire, after a bullying event. They are looking for a clean start, but the family isn’t aware that the town is full of supernatural secrets. Namely, people here are willing to pledge themselves to strange beings, i.e. witches, in order to get their help.

Wytches features a fresh and original storyline. Beneath this horror tale is the universal struggle of a father who wants to ensure his daughter comes first regardless of the cost. Also, another thing worth noting is the art made by Jock that is both shocking and enticing. Because of all these parts, you won’t be able to put Wytches down.

Let’s see which other horror comic books have made the cut in our article.

One of the most chilling and thought-provoking horror comic books of all time is From Hell. This comic features many of Alan Moore’s obsessions. There are theories about time, mentions of women’s rights, a look at the grotesque, and many dialogues. But what makes From Hell stand out is the fact that it is a meticulously researched tale of an infamous killer — Jack the Ripper.

From Hell is set during the Whitechapel murders in the late Victorian era. It tries to speculate the identity of Jack the Ripper as well as the motives behind his vicious murder spree which saw him kill prostitutes in Whitechapel. From Hell depicts some true events related to the murders, but certain parts have been fictionalised, including the identity of the killer and the nature of the murders.

What’s more, Alan Moore’s From Hell stands out from many other horror comic books because it paints a vivid picture of the Victorian era and Jack’s vicious attacks. The writer has an attention to detail that educates readers while also scaring them out of their minds.

The Walking Dead creator, Robert Kirkman, surprised fans with another comic book series, but there are no zombies in this one. Yet Outcast features something even more sinister — demonic possessions. If you want to see this book in action, there is also a television adaptation that ended after two seasons. What made Hollywood pay attention to Outcast? Let’s see!

Outcast is a supernatural horror story that centers around Kyle Barnes, a man who has been plagued by demonic possession his entire life. Barnes needs answers and he tries to get them with the help of a clergyman. Follow Barnes as he sets out on a journey to uncover what lies behind all of those supernatural manifestations. The answers could change the life on Earth as we know it. This build-up is why you should include Outcast in your list of to-read horror comic books.

Furthermore, Outcast features complicated and flawed characters who just want to put a stop to the mystery. While reading this comic book, you will feel a sense of doom gathering above the small town, and you’ll keep reading until you find out what it will bring.

And now, it’s time for the last pick on our list of horror comic books!

Tales From the Crypt

Horror comics as we know them owe their popularity to some of the early works, including Tales From the Crypt that was published from 1950 to 1955. Many stories from this comic have been adapted for television and film which shows just how groundbreaking this horror comic series was.

Tales From the Crypt delivers adult horror tales that still scare readers even more than 60 years since its release. These tales were often cautionary stories of revenge in which a character who made a mistake was hunted and had to endure ironic fate. Writers of Tales of the Crypt relied on the darkest parts of their imagination to create terrifying tales of mayhem.

There is no doubt that Tales From the Crypt influenced many movies and TV shows, including The Twilight Zone. The fact that these tales still have the ability to scare the life out of readers is why we added them to our list of horror comic books.