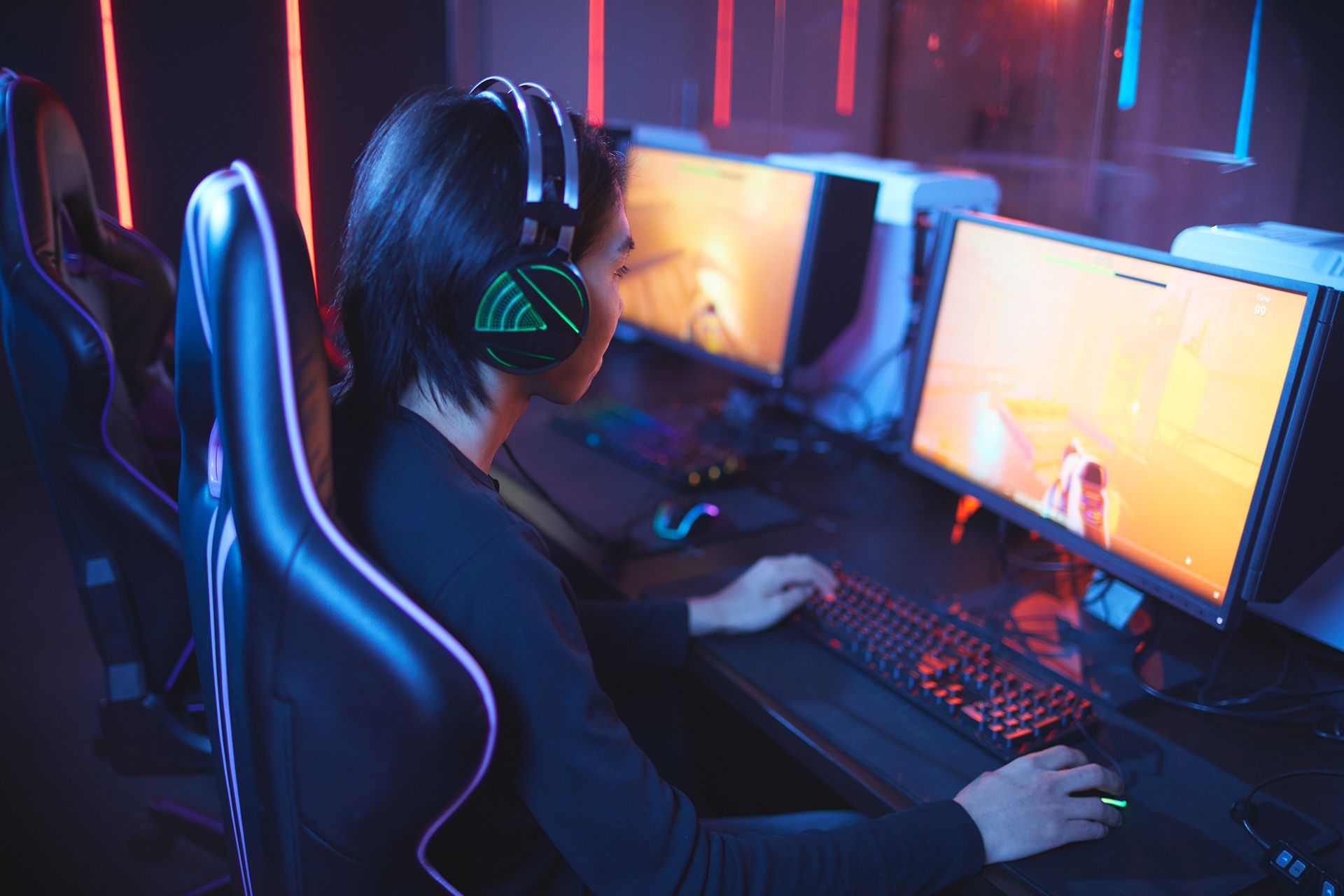 Everything is better in good company — even horror games! Regardless of whether you’ve just picked up your first horror game or are a hardened veteran, we’re sure you’d agree with this sentiment! After all, is there anything better than watching your closest friends scream in terror like babies?

We don’t know about you, but there’s probably no better feeling than scaring the pants off your buddy if you ask us! Aside from the obvious entertainment benefits of playing co-op horror games, this subgenre of horror was popularized recently due to the global pandemic.

Since millions of people found themselves homebound, there was no better way to pass the time than by playing games online with friends. And the horror genre was just the obvious choice for many!

So if you’re not sure which cooperative horror game to play next, you’re in the right place! Today, we take a look at the six best co-op horror games of recent years that are sure to provide dozens (if not hundreds) of hours of entertainment!

Here are the six best co-op horror titles all fans of the genre will love playing in no particular order. If you’d like to set off on a terrifying gaming adventure with a friend or two, there is no better choice than these games:

The Forest has been around for a while, but it’s still as popular today as it was once it first came out. And there’s a good reason for that!

The Forest is the perfect mix between horror and survival games that will let players of both genres enjoy an adventure they won’t soon forget. You (and your friends) survive a plane crash and end up on an island filled with cannibals, one of which abducted your son. As soon as you wake up, you set off on a journey to find your missing son by exploring the dangerous island and countless intertwined caves below it. However, you’ll quickly realize that things on this island are not what they may seem…

The best part about The Forest is that the game suits players of different tastes. If you’re in for a captivating and exciting story, you won’t find this game lacking! If you prefer survival games with plenty of creative opportunities to build, The Forest’s got you covered. Finally, if you wish to have an unforgettable and spooky horror experience, just try exploring one of the game’s many caves or fight endgame mutants. Trust us; you’ll regret it!

So if you wish to play a varied but thrilling horror game with your friends, The Forest is an excellent choice!

Devour is a relatively new co-op horror indie game that players have been flocking to over the last few months. If you are a fan of action-packed survival horror games, you can now enjoy one with your friends!

In Devour, you and your friends are former members of a cult looking to stop their cult’s leader, Anna Puerta, from summoning the demon Azazel. However, little do you know that Azazel has already successfully possessed Anna and is out to kill you when you arrive!

In a true survival horror fashion, you and your friends must navigate Anna’s home while evading her clutches in an attempt to capture enough goats to sacrifice to exorcise Azazel. Considering that Anna grows more aggressive the closer you get to your goal, you’ll soon realize that achieving this is easier said than done. You will have to work together as a team to avoid dying to Anna and ultimately prevail.

Although a small indie team made it, Devour is an excellent horror experience that will shake you to the core! If you’re a fan of challenging survival horror games, you’re going to have a blast playing this game with your friends!

If you haven’t heard of Left 4 Dead 2 before, you must have been living under a rock! It shouldn’t be surprising that this shooter classic made it onto our list, as it is one of the most influential games of the last decade.

If you like action-packed horror games that give you enough firepower to destroy an entire neighborhood, Left 4 Dead 2 will keep you glued to the screen for hours! Fight off hordes of zombies with up to three friends in this wild and challenging horror FPS. And don’t worry; there is plenty of enemy variety to keep you on your toes at all times. From tough, lumbering undead called Tanks to the horrifyingly quick and deadly Witch, you’ll have to adapt on the fly if you wish to triumph.

If you are a fan of fast-paced shooters and horror, Left 4 Dead 2 is a game you mustn’t miss!

Although Dead By Daylight is not exclusively a co-op horror game (if you play as the killer), it is still well worth a mention on our list!

This survival horror game thrusts teams of up to four players into different worlds where they try to avoid and escape from a player-controlled killer. Playing a survivor with your friends guarantees hours upon hours of fun as Dead By Daylight prides itself on its high replayability due to the sheer diversity of maps and killers players can go against.

All of the above is further facilitated by the game’s in-depth player progression. Gamers can level up their characters, unlocking various useful perks and items that will allow them to customize their survivors (or killers) to their playstyles. All of that ensures you’ll have dozens (if not hundreds) of hours of fun avoiding deadly and unique killers with your friends.

If you fancy fast-paced survival horror games with high replayability, we recommend you try Dead By Daylight — you won’t regret it!

Phasmophobia is yet another co-op survival horror game that took the world by storm! But what’s most impressive about this game is that it’s a single developer’s passion project. That’s right — a single person made the game that sold over two million copies in less than a year.

But what is it that made phasmophobia so popular? It was its terrifying but incredibly entertaining gameplay, of course! Oh, and nearly endless replayability helped too.

Phasmophobia was built around a pretty straightforward concept, but that is precisely what makes it so accessible and entertaining to the masses! Teams of up to four players explore various haunted buildings in a quest to identify the type of ghost haunting them. They achieve that with various tools they can purchase and by interacting with the ghost. However, players are in constant danger of getting hunted and possibly killed, losing everything they brought on the mission.

The suspense and countless possible scenarios that phasmophobia offers are unparalleled in the horror gaming world. If you didn’t get a chance to try this game out, we wholeheartedly recommend it!

Are you planning to try any of these games? Which of these titles was your favorite? Are there any games you’d add to this list? Share your thoughts in the comments below!