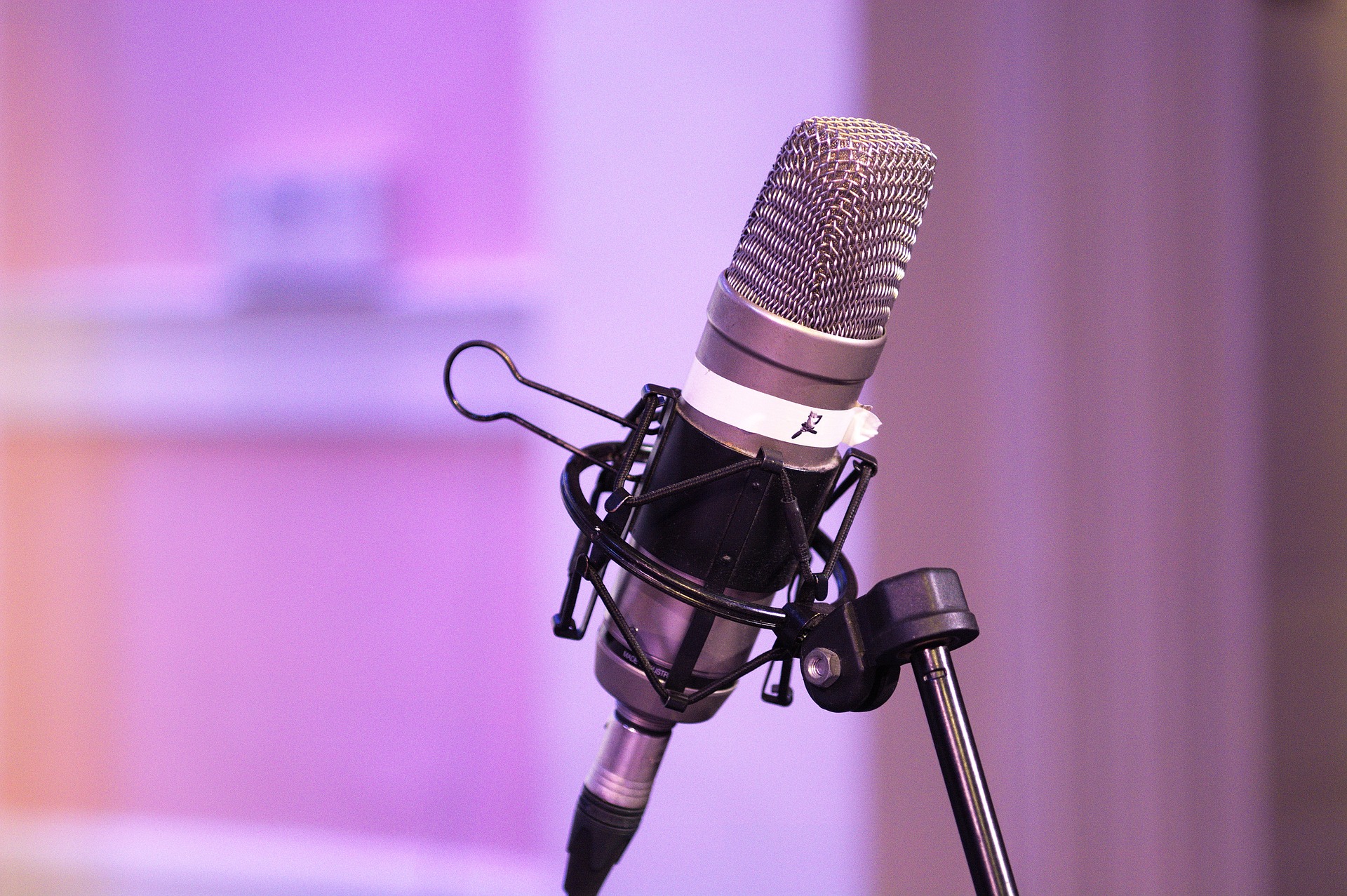 Sometimes there’s nothing better than to lose yourself in video games, movies, TV shows, and books. They can take your mind off things and transport you to galaxies far, far away. But there are also times when all you want is to relax and experience a story without having to put all that effort into experiencing said story. What can you do then? Find a good podcast and let it take you on an unforgettable journey!

Trust us — you won’t regret it.

Even if you’re not the kind of person who would normally listen to a conversation you can’t participate in, you’ll probably make an exception for podcasts. If you play one of them, you’ll see that scripted podcasts have the ability to make you feel like you’re on a different planet. You’ll be on the edge of your seat until you find out what will happen in the end.

Now, we take that you’re a fan of science fiction and are looking for podcasts in this genre. Ripout has got you covered! We’ve prepared a list of five sci-fi podcasts we think are worth your time.

As a genre, sci-fi encompases a lot of different themes and storylines. You’ll soon see that each podcast on our list explores unique stories and characters. Perhaps all five of these sci-fi podcasts will be great for you, or perhaps you’ll only end up listening to a few of them. Either way, this genre has a lot to offer and you won’t want to miss out on this!

The Red Planet is probably one of the most intriguing astronomical bodies orbiting the Sun. Although our dreams of colonizing Mars have still not been fulfilled, many science fiction writers have imagined what life on the planet would be like. But if you’re not in the mood for reading and still want to experience fictional life on Mars, there is another option — Marsfall.

Marsfall follows a group of colonists who settle on Mars in 2047. The crew is led by commander Jacki O’Rania and together they work on making a home out of Mars. It seemed like a good idea to leave Earth and its problems behind, but our protagonists did not anticipate just how difficult life on a new planet would be.

Each episode is told from a different person’s perspective. As the story develops, you learn more about these characters, Mars, and their journey. And in true sci-fi fashion, this podcast also asks questions about the objective truth and what it means to be human.

Are Mars and life on this planet not really your thing? Don’t worry, we have more sci-fi podcasts to recommend!

It’s safe to say that space exploration is now a part of our DNA. We’re constantly in search of evidence of life on other planets, hoping this will tell us whether we’re alone in space. Until we get a definite answer to this question, you should take a breather and listen to the next audio fiction on our list.

Wolf 359 is one of the most popular and beloved sci-fi podcasts of all time. And there’s a good reason for that. It’s the story of Doug Eiffel, the communications officer for the U.S.S. Hephaestus. He is currently on a scientific survey mission many light years from Earth. Doug and his crew are orbiting the star Wolf 359. Their task? To search for signs of alien life. As they continue with their job, the crew realizes there is more to this mission than meets the eye.

What’s more, Wolf 359 starts off silly, but it evolves into something heartbreaking and stunningly beautiful. It will be difficult to stop listening to this podcast once you start. You’ll hang to every word until you learn what awaits Doug and his dysfunctional crew.

The show concluded in 2017, so you can start binging it as soon as possible! Once you’re done with the adventures of good ol’ Doug, here are other sci-fi podcasts you should bookmark.

Are you a fan of The X-Files or investigative journalism podcast Serial? Then Limetown is the perfect choice for you! It’s so good we can’t help but imagine Mulder and Scully getting involved in it to solve the mystery and tell us what the hell is going on. The storyline is so compelling that the podcast was the number one US podcast on iTunes less than two months after it debuted. Here’s what attracts people to the show.

Many years ago, 300 men, women, and children disappeared from a small town in Tennessee. No one has seen or heard from them again. This prompts American Public Radio reporter Lia Haddock to discover what happened to the people in the idyllic community of Limetown. Have you realized now why this is one of the sci-fi podcasts you shouldn’t miss? Wait until you hear more!

The residents live near a mysterious scientific research facility. Many brilliant scientists relocated to Limetown in order to conduct top-secret experiments. Is there a connection between these experiments and disappearances?

You’ll be biting your nails by the time you get to the final episode of Limetown.

Are you looking for some lighter sci-fi podcasts to get your mind off things? We have one of them on our list! Mission to Zyxx is an improvised, science fiction space opera podcast that is more than worthy of your time.

Mission to Zyxx follows a team of ambassadors on their mission to establish diplomatic relations with different planets in the Zyxx Quadrant of the Tremillion Sector. They work for the Federated Alliance, which is thought to be less evil than the Galactic Monarchy.

This podcast differs a bit from the other ones we mentioned in the article. Namely, each episode is improvised. Plus, you can always expect a special guest comedian who plays an inhabitant of the Zyxx Quadrant who encounters the Federated Alliance crew.