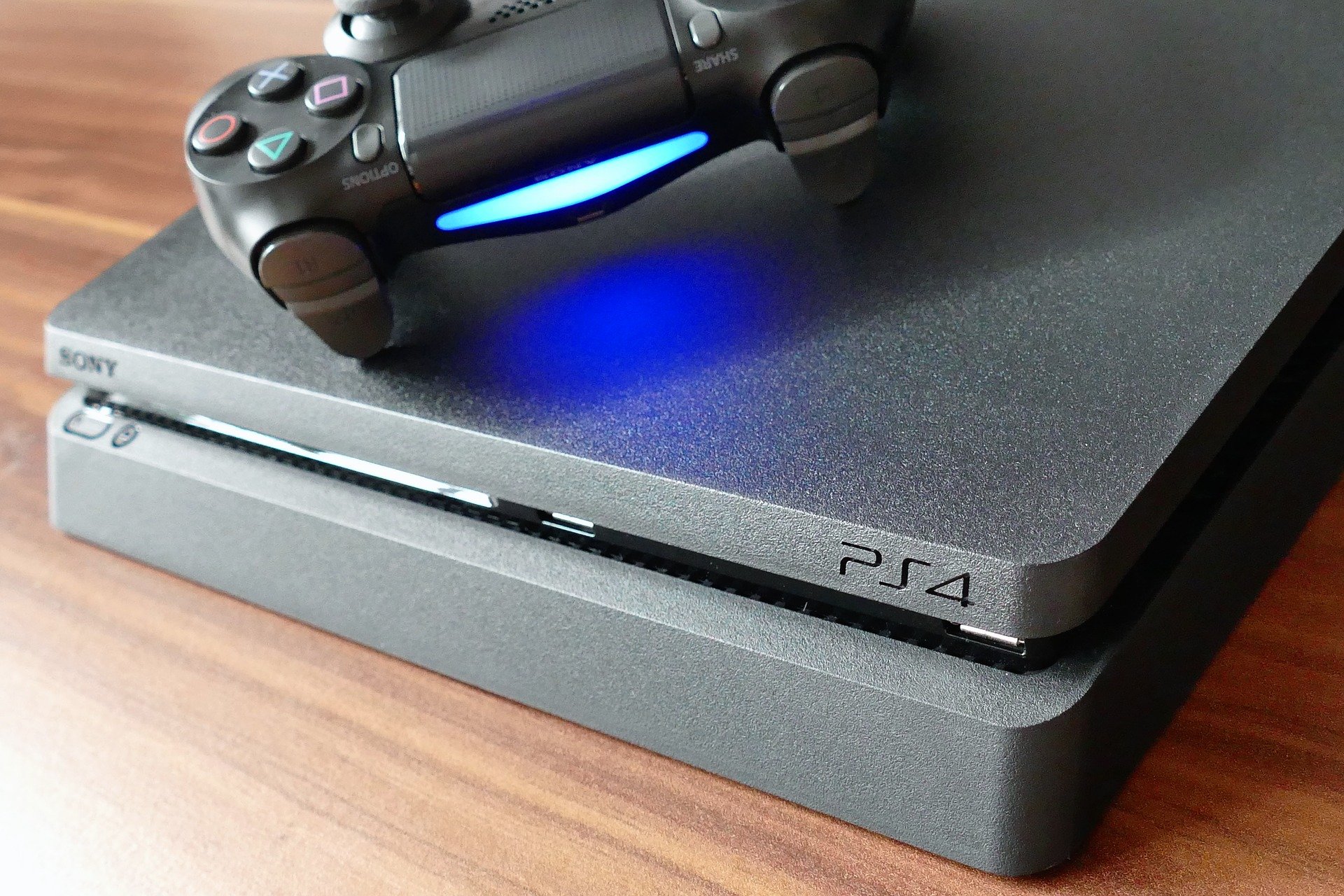 6 Terrifying Horror Games You Can Play on PS4

For many years now, PC has been the go-to platform for most horror fans. However, the times are changing! Luckily for millions of console gamers out there, there are plenty of exciting horror adventures on platforms like Sony Playstation and Xbox consoles nowadays. You could argue that console fans now have the edge over PC gamers due to some of the many horror console-exclusive games that came out over the last few years!

Considering that we are big fans of consoles ourselves, we decide to show PS4 users some love! In this article, we will go through six fantastic horror games all Playstation 4 owners can (and should) enjoy. Oh, and three of them will be PS4 exclusives! After you try them out, you can rub it in your PC-loving friends’ faces!

Here are the six PS4 horror games that will offer you hours upon hours of fun. The first three entries on our list are available on both consoles and desktop, while the last three are something only PS fans can enjoy.

Without further ado, let’s get into it!

If you’re a seasoned horror game fan, you have surely played the infamous Outlast. If you have, you must play Outlast 2 that cranks the horror up a notch!

Outlast 2 stays faithful to its predecessor in terms of core gameplay mechanics — dark and visceral environments, limited battery life in your night vision camera, a game that is reminiscent of found footage horror movies, etc. However, what makes this sequel superior to the first game is that Red Barrels outdid themselves in the storytelling department this time around!

Outlast 2 puts players in the shoes of a journalist looking for his wife in a remote village in the Supai region in Arizona after their chopper had unexpectedly crashed. The game is as brutal and unforgiving as ever, with plenty of blood, gore, and visceral scenes to go around. Still, it also waves in an exciting narrative told through a series of flashbacks and environmental clues. Unlike its predecessor, Outlast 2 takes up a religious undertone as you wander through the isolated village brimming with weird religious cult fanatics.

But what makes the adventure even more exciting this time around is that the developers found a way to intertwine Outlast 2’s story with the first game for those willing to dig deep enough into its lore! So if you were a fan of the first title in the Outlast series, this PS4 horror game is a must-play!

SOMA is a horror title coming from the masters that created the biggest horror classic of the last decade — Amnesia: The Dark Descent. However, SOMA takes on an entirely different setting from the Amnesia franchise.

Despite feeling entirely different, the game follows the same core principles that Amnesia was famous for — incredibly atmospheric environments, high focus on psychological aspects of horror, and a macabre storyline!

SOMA has players wake up in an abandoned underwater base and makes them explore the environment in search of answers as to how they got there. The game masterfully juggles between tense and terrifying chase scenes and giving players time to recuperate while exploring the game’s narrative and completing various puzzles. At the very end, SOMA releases all the built-up tension in a mind-blowing ending with an unexpected twist.

If you’ve ever played Amnesia and loved it, you can rest assured you will enjoy SOMA as much, if not more! So make sure to add this game to your bucket list!

Inside is another relatively recent horror game players can play on PS4 that is equally suitable for younger audiences as it is for hardened horror veterans.

Two things will immediately catch players’ eyes about Inside — the fact that the game is a platformer and its characteristic, gloomy art style. Although the game primarily focuses on platforming and puzzle-solving, it hides plenty of terrors in the form of giant, pitch-black creatures chasing the protagonist throughout Limbo.

Playdead, the studio behind this unique title, chose to take a risk by adopting a new approach to horror titles, but it more than paid off! The limbo-like dystopian world of Inside is one of the most memorable ones in horror gaming history. The game even features a deep, emotional backstory for those interested in exploring its world to the fullest.

Although Inside never gives the answers to all the questions players may have, it undoubtedly offers a unique and thrilling horror experience anyone can enjoy!

Now we come to the PS-exclusives! And is there a better way to start it off than with From Software’s steampunk masterpiece — Bloodborne?

Although this game is better defined as an action RPG, it also contains unprecedented horror elements in its aesthetics, characters, and storyline! If you’ve ever heard of the infamous Dark Souls franchise, Bloodborne is similar but set in a breathtaking steampunk environment filled with hordes of Lovecraftian monsters.

If you are a fan of fast-paced but mercilessly unforgiving combat and would like to slaughter some beasts, get Bloodborne and join the hunt. Battle dozens of unique and brutally challenging bosses while exploring the magnificent town of Yharnam and its surroundings. What secrets does the world of Bloodborne hide? What is your ultimate goal as a cursed beast hunter? What role does the Healing Church have in the fate of Yharnam? These are all things you’ll have to find out yourself!

As far as PS4-exclusive horror games go, Bloodborne takes the cake for us.

Here we have another marvelous but unique horror game that took the world by storm just a few years ago, and it’s a PS4 exclusive!

Until Dawn is a story-driven horror adventure everyone should experience at least once! The game’s cinematic feel and irreversible consequences of your actions will keep you at the edge of your seat the entire time. Likely the best part about Until Dawn is that this horror game isn’t gameplay-intensive, meaning even non-gamers can pick it up and enjoy it!

What starts as a seemingly innocent student winter retreat to a mountain lodge quickly turns into a nightmare scenario as they end up hunted by a creature from folklore legend, Wendigo. The most frightening part about Until Dawn, though, is that every action players take has permanent consequences — so you are in complete control of who lives or dies. That, combined with the incredible depth to which you get to know each character, creates immense pressure on the player to perform and save as many as possible.

Until Dawn is truly a unique horror game that will make even the most casual gamers invested in the story and characters so much that they will go out of their way to try to help them survive, and considering the sheer number of options gamers have when playing this game, it also offers excellent replayability. So if you haven’t yet grabbed a copy of this PS4 horror classic, what are you waiting for?

6. The Last of Us (Remastered)

Last but not least on our list is none other than the Playstation horror sensation The Last of Us! Not only is this game by an indie game company, Naughty Dog, considered a storytelling masterpiece, but it also includes some of the most memorable characters in horror gaming history.

This post-apocalyptic adventure horror game has players take on the role of Ellie, a teenage girl wandering a zombie-ridden America with a smuggler, Joel. The two develop a father-daughter-like relationship and face many challenges on their adventures together in this gut-wrenching tale with a huge twist.

But not everything is about emotions in The Last of Us! Fans of traditional horror will be thrilled with the gruesome design of the game’s infected. The victims of a strange fungus turn into mindless zombies who chase players throughout the world. Oh, and the creepy clicking sounds they make are sure to keep some of you up at night!

If you are a fan of well-crafted story arcs and a quality, heartfelt horror story, The Last of Us is a game you must add to your collection!

Did you enjoy our list of best PS4 horror games? Which of these entries was your favorite? Did we miss adding your favorite game? Let us know your thoughts in the comments below!