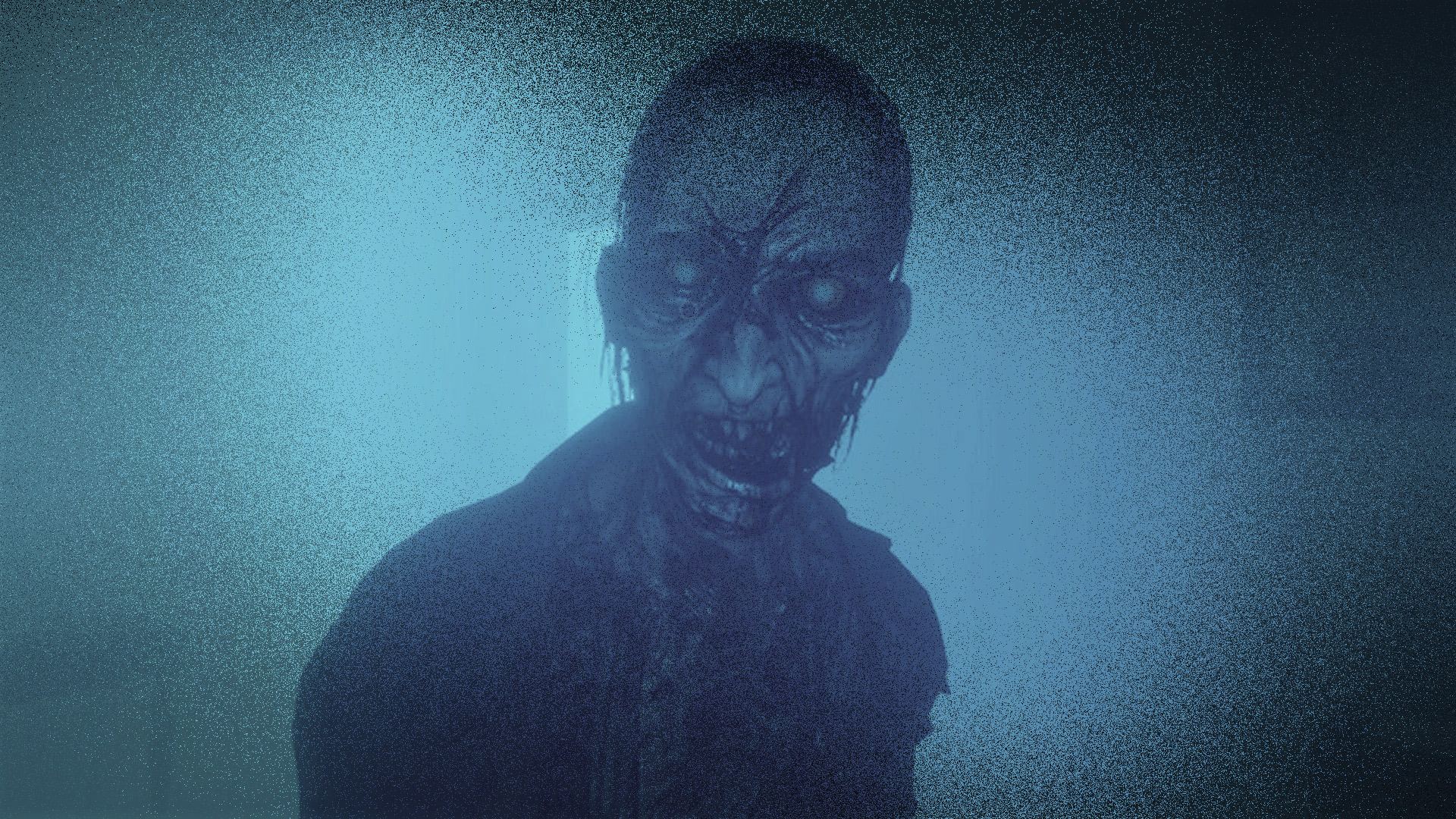 The horror gaming world is vast and rich with horrifying monsters, jaw-dropping storylines, and heart-racing scenarios. From exploring the depths of space while being hunted by the iconic Xenomorph to running for your life from Slenderman, the possibilities are endless. And when you add to that the sheer variety of horror game genres, it’s understandable why picking a favorite horror title can be challenging.

That’s why we decided to try to do just that! In this article, we list five of the best horror games of all time (in our opinion). Our list consists of titles from different horror sub-genres, so there’s undoubtedly something for everyone. Whether you want to play the best co-op horror game or are more of a fan of survival horror, we guarantee you won’t be disappointed.

There are hundreds of fantastic and terrifying horror games out there, so singling out just a few is next to impossible. However, we tried our best to give them all a fair shot. We took into account multiple things — the fear factor, their influence on the online horror gaming world, and how well-received they were by both fans and critics. With that in mind, here are our choices for the best horror games of all times:

Phasmophobia is a recent indie co-op horror game that took the world by storm. We just had to include it on our list because of how quickly it earned worldwide renown. And what makes this achievement even more impressive is that a single person made it!

Phasmophobia is a ghost hunting survival horror game at its core, where players have to explore various abandoned buildings and houses to search for any signs of paranormal activity. What makes this game so enticing is that gamers can go ghost hunting with their friends!

In Phasmophobia, players will have to use various tools at their disposal to collect clues about the ghost haunting that particular location. The goal is to use these clues to identify the ghost and leave the place alive.

Besides the incredibly atmospheric environment, Phasmophobia has over a dozen different ghost types, even more rooms the ghosts can haunt, and various behavioral modifiers, each randomly generated every time you set off on a mission. That ensures no game will ever be the same and guarantees hundreds of hours of fun!

Phasmophobia is one of the first contemporary horror games to capture the spirit of cooperative survival play perfectly. That, combined with its being the first game in the not-yet-explored ghost-hunting genre, are what earned it a spot on our list.

Silent Hill was the go-to horror game back in the day and is the title that revolutionized the industry. This old but gold action-survival horror game might look outdated by modern standards, but its impact on the horror gaming genre is what earned it this spot on our list.

This third-person game has you play Harry Mason as he looks for his lost daughter in a spooky town called Silent Hill. As soon as Harry enters the city, he realizes something is off. It doesn’t take long before he finds out the bitter truth about Silent Hill, his daughter, and the hellish cult that resides there.

Although Silent Hill is an old game, it still lives up to most modern horror games due to its storyline, atmosphere, and horrifying creatures. Some of this game’s monsters have forever etched their names into the annals of horror gaming history, like the infamous Pyramid Head. Silent Hill earned such a high spot on this list thanks to being ahead of its time in game design, art style, and innovation.

Whether you feel like reliving a blast from the past or are curious to find out what inspired the immortal genres like Resident Evil, this game is a must-play.

The Resident Evil franchise is one of the most famous horror game series to date, and any installment could have made it to our list. But since we had to pick one, we settled for RE 7: Biohazard for a few reasons:

RE 7: Biohazard puts players in the shoes of Ethan Winters who goes to a remote farm in Louisiana to search for his missing wife. Once he arrives there, he finds his wife and the entire Baker household infected by a mutant fungus.

From there, the game continues in a typical Resident Evil fashion, but with a bigger focus on storytelling and atmosphere than gunfights. All the core mechanics RE is known for are there — crafting, weapon upgrades, healing, and even stealth this time around!

Whether you’re a hardcore fan of the Resident Evil franchise or are just entering the horror gaming world, this game is a must-play. This game is the perfect introduction to a new RE storyline that continues in Resident Evil: Village, which, according to some, is equally as good if not better!

Coming in second on our list is none other than the survival horror game that started the indie horror craze back in 2012 — Slender: The Eight Pages. This is the first (and many would argue the best) adaptation of the urban creepypasta about Slenderman.

The game’s premise is simple — you wake up in a dark, creepy forest and walk around trying to collect all eight pages from various landmarks. While exploring your surroundings, you’ll soon start getting chased by Slenderman — a thing, tall, faceless man with abnormally long arms. The more pages you collect, the harder the game gets. Quite straightforward, wouldn’t you agree?

Despite that, this game was one of the first massively popular indie horror games due to being incredibly terrifying. The ingenious monster, the background music, and the sense of helplessness players feel while running for their lives is probably unsurpassed to date. And when you add to that the fact that Slender: The Eight Pages is partly deserving for the growth of many now-popular YouTubers’ gaming channels, it should be clear why it made it so high on this list.

If anyone is surprised by our number-one pick, you probably weren’t into horror games back in the day! Amnesia: The Dark Descent is an iconic horror game to this day as well as the reason so many people picked up the genre in the first place.

This unsurpassed survival horror experience does everything right — it has a captivating storyline, excellent narration, terrifying monsters, perfect pacing, and an epic conclusion. The storyline of Amnesia: The Dark Descent is quite straightforward — you wake up in a medieval castle having lost all your memory and start exploring it in search of answers. The more you learn about your past and the deeper you venture into the castle, the more dangerous it gets.

Throughout your ventures, you will have to conserve precious lantern fuel to avoid finding yourself in the dark. The more time you spend in darkness, the closer you’ll get to going insane and losing.

One of the primary reasons Amnesia: The Dark Descent is so highly regarded is that it was the first game to play with the sanity mechanic and prey on peoples’ primal fears instead of randomly throwing monsters at you. The few monsters that appear in the game are indeed terrifying, but the true horrors of this game lie not in what’s there but what’s not.

And if that wasn’t enough to put Amnesia at the top of our list, the fact that it’s the game that put YouTube celebrities like PewdiePie and Markiplier undoubtedly is.

How did you like our choices for the best horror games of all time? Do you agree with our list? Are there any entries you’d like to replace? Share your thoughts in the comments below!