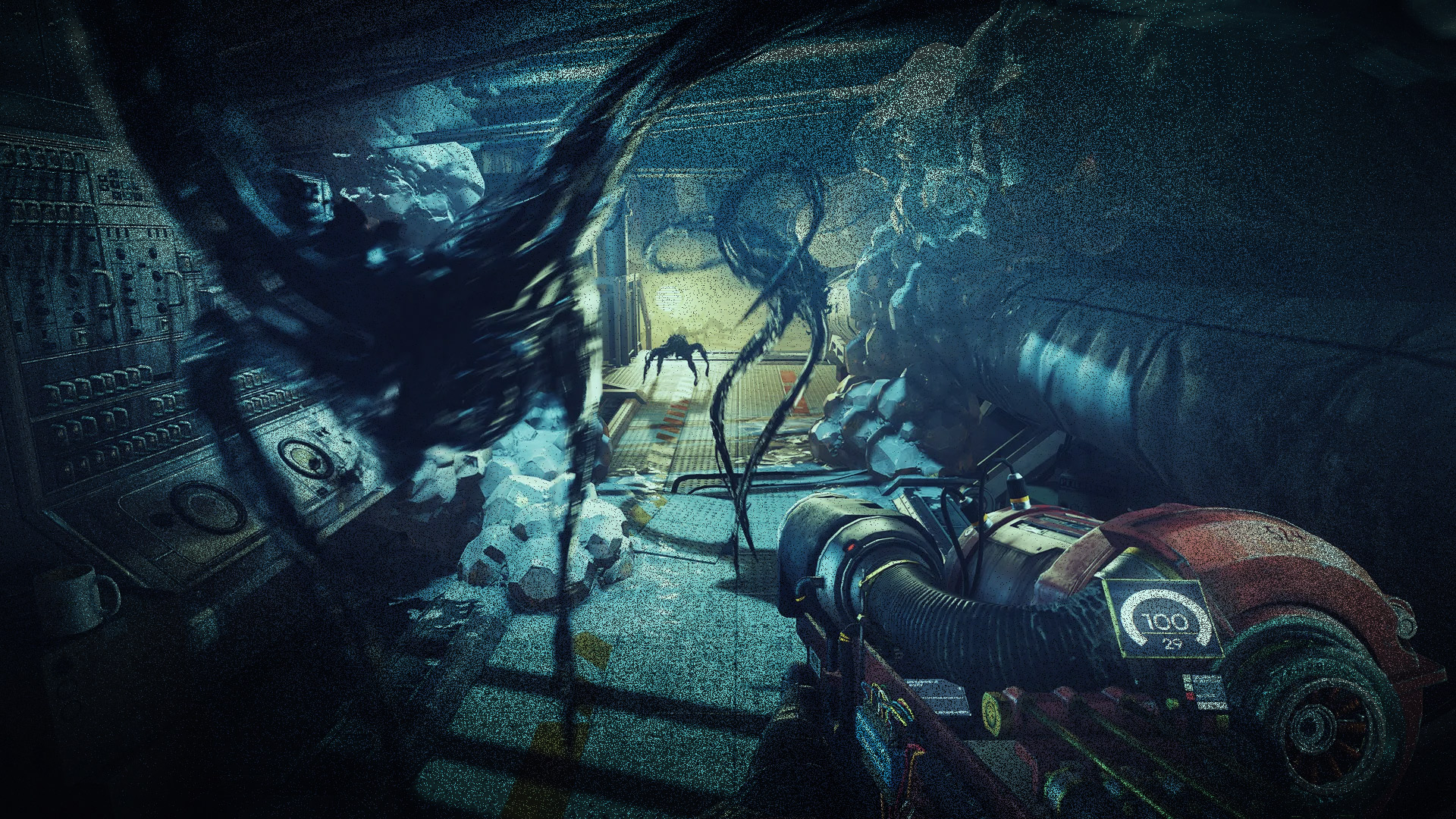 There’s just something incredibly frightening about space. Whether it’s the fear of the unknown, its sheer size, or the darkness usually associated with it, we’re sure even the hardcore Sci-Fi fans will agree with us. These innate horror qualities are what put space at the forefront of many horror games to date. And should it be surprising? Aliens, space ships, mutant viruses, world-ending scenarios — there’s so much potential for telling unique, terrifying stories that it’s impossible to neglect it.

Horror games in space have come a long way indeed. What started as a humble horror genre with a few titles featuring aliens soon evolved into one of the most popular horror game tropes worldwide. But just because there’s a lot to choose from doesn’t mean the genre is oversaturated! Quite the opposite — this horror game subgenre has some of the most beloved titles and franchises to date.

From exploring abandoned space stations swarming with deadly aliens to traversing the rigid landscapes of Mars and engaging in action-packed combat, these games have it all. If you’re interested in setting out on a Sci-Fi horror adventure, you’re in the right place. Here are five horror games in space all fans of the genre must try.

If you’re as big of a Sci-Fi geek as us, you’re going to love these five horror games in space we prepared for you.

Prey is an FPS RPG horror game developed by Bethesda Softworks that puts players in the shoes of Morgan Yu — a scientist deployed on Talos I space station that orbits around the Moon.

After waking up, the player realizes that something horrible had happened to the entire crew before setting off on a journey to find answers. This game has gorgeous graphics, a masterfully crafted storyline, and various RPG elements that give players complete control over how they build and play their characters. Do you want to go in guns blazing or prefer to take a stealthier route? You can do either!

Besides high player customization, Prey also offers in-depth crafting and upgrade systems, character progression, and a large open world (and outer space) to explore. If you remember the original Prey titles, you’ll be somewhat familiar with the pitch-black monsters you’ll be up against. But don’t let that lull you into a false sense of security, as this game has much more to offer than its original titles.

Whether you prefer story-driven horror experiences or are in it more for the fast-paced combat, Prey will keep you entertained for hours on end.

You don’t have to be a fan of Sci-Fi horror to have heard of or played any of the iconic Alien games. However, none of the previous titles in the franchise can compare to Alien: Isolation.

This game takes the already popular survival-horror genre and shoves in a hulking Xenomorph! If you’re already familiar with this horrifying beast (and let’s be honest — who isn’t?), you can likely imagine what awaits.

In Alien: Isolation, gamers will play as Ellen Ripley’s daughter, Amanda, who finds herself on a remote space station looking for her mother. Unfortunately, the station soon gets attacked by a grown Xenomorph, killing most of its crew.

The primary difference between Alien: Isolation and most other Alien games is that the players are mostly helpless in this one. This sense of dread combined with the ever-present and ever-learning Xenomorph is what makes this one of the best horror game experiences in space.

Players will rarely have the luxury of respite and have nothing but a few makeshift means to distract the alien. But likely the best part of this game is the Xenomorph’s learning A.I. That’s right — the alien will gradually learn and adapt to your preferred playstyle, making the game ever more challenging!

Do you have what it takes to survive Alien: Isolation and escape in one piece? Try it out and tell us your experience!

If you’re looking for a fresh cosmic horror game, Ripout will be your cup of tea! This title is an upcoming indie co-op FPS set in space where players will be scouring abandoned space ships searching for the final bastion of humanity — the Sanctuary.

In the dark, futuristic world of Ripout, players will only have each other to rely on and their trusty Pet Guns. Gamers will be able to use these sentient, living weapons to tear through enemies’ biotech and claim it for themselves. The gameplay will revolve heavily around this ability and can mean the difference between life or death!

Aside from adrenaline-pumping fights with horrid amalgamations of flesh and metal, players will enjoy procedurally generated missions with different objectives, build and upgrade their characters according to their preferred playstyles, and choose from an array of different weapons and classes.

So if you like passing your time by blasting some aliens’ heads with your friends, Ripout will deliver! Make sure to keep an eye out for it when it releases in early 2022.

Dead Space should require no introduction — it’s one of the OG horror games set in space. This horror shooter was labeled a masterpiece when it came out and has preserved that title to date.

Unlike most horror shooters, Dead Space plays from the third-person perspective, giving an entirely new dimension and feel to its horror. Besides that, the game features one of the most iconic alien species in gaming — the Necromorphs.

Gamers will play as Isaac Clarke as he makes his way through an alien-infested spaceship in an attempt to rid the universe of the Necromorph threat. Besides its terrifying atmosphere, endearing characters, and compelling storyline, Dead Space also offers plenty of character customization and will even challenge players’ minds with various puzzles at times.

Dead Space was so well received by fans and critics alike that the franchise gave birth to two more games. So make sure to check them out too, after beating the first one!

Everyone who spent their childhood playing the original Doom won’t be surprised in the slightest why this game made it on our list. The original Doom is not only one of the most iconic games in horror gaming history but dare we say that its recent remake managed to surpass it!

Although Doom is a horror game only by name, it’s undeniably one of the most entertaining demon-shooting experiences in gaming. There are no complex mechanics — the gameplay purely focuses on the carnage and horror you (the Doom guy) inflict upon the infinite hordes of Hell.

Despite Doom’s atmosphere lacking in horror elements, the demons you face off against are incredibly detailed and some of the vilest creatures you’ve seen in horror gaming. The game also doesn’t refrain from having generous amounts of blood and gore, so squeamish people might decide to pass on this one.

But perhaps the best part of Doom is its breathtakingly epic soundtrack! Although it’s quite the opposite of what you’d expect from a horror game, it fits the title like a glove. If you think that blasting demons into smithereens while listening to a rich score of heavy metal- and dubstep-inspired music would be fun, Doom is the perfect game for you!

How did you like our choices for the best horror games in space? Did you play these titles before? Are you going to give those that you haven’t a shot? Which one was your favorite? Let us know in the comments below!