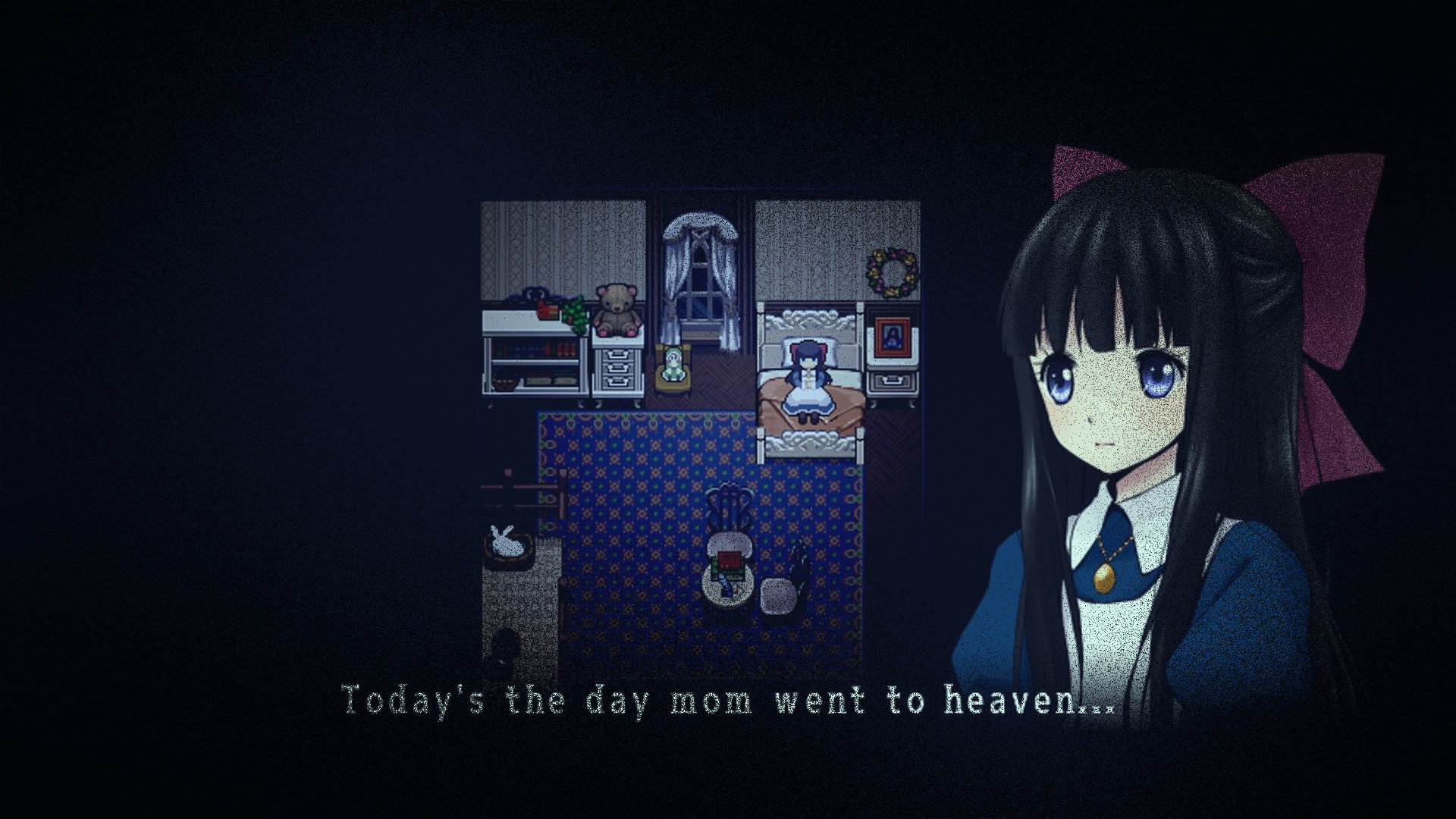 All seasoned anime fans know that anime can often take a dark turn. And let’s be honest — we all love ourselves a bit of horror in our favorite anime! But what if you could do more than just watch? What if you could put yourself inside your favorite dark anime world and control the characters’ fates? That’s precisely what you can do in anime horror games!

Although kawaii animated characters aren’t the first thing that crosses peoples’ minds when someone mentions horror games, you’d be surprised just how terrifying these games can be. In fact, anime horror games stop at nothing to scare players out of their wits. They often go into incredible, gruesome details and feature an abundance of blood and gore. But even if you’re a horror veteran who won’t be phased by pixelated blood and entrails, there’s much more to these games than that. The true terror lies in their storylines.

Whether you’re a fan of dark anime or story-driven horror titles, anime horror games are something you must try. These games tell chilling but captivating stories and are some of the most innovative horror adventures to date despite their seemingly docile art style.

So if you’re daring enough to step into the world of anime horror games, here are five titles you should start with.

5 Anime Horror Games That Are Terrifying to This Day

Here are our choices for the five best anime horror games no fan of horror will want to miss. These are some of the best titles from the genre and are as terrifying today as they were when they first came out. So if you’re looking for an incredible story-driven horror experience, look no further than these games.

Mad Father is an anime horror game from 2012 that throws players into a dark, twisted story of a broken family. Players are put in the shoes of Aya, a little girl who just recently lost her mother to an illness. On the anniversary of her mother’s death, Aya wakes up to realize her father is nowhere to be found. As soon as she leaves her bed, she is faced with a room full of corpses.

Players will have to help Aya survive this grim night while slowly collecting clues to learn more about her mother’s death. In a typical RPG horror game fashion, you’ll have to explore your environments, interact with objects, and solve puzzles while enjoying the terrifying atmosphere of Aya’s house.

The tragedy of Aya’s family and her father’s fall to madness will be enough to shock even the most hardened horror veterans. So will you have the courage to help Aya find her father and learn the truth behind her mother’s death? You’d better! Otherwise, you’d miss out on one hell of a story!

Doki Doki Literature Club is likely the best representation of an anime horror game. Everything about it fits the genre’s description — the art style, the characters, the atmosphere, and the plot are all you’d expect from your average horror anime (particularly the morbidity). But what makes this game stand out from the crowd is how it innovates on the genre itself.

What starts as a seemingly harmless visual novel game quickly takes a dark, twisted turn. It all begins when you discover that one of your classmates’ killed herself. After that, everything goes downhill, and the game gradually becomes more and more distorted, even breaking the fourth wall at one point!

Doki Doki Literature Club does everything right — the buildup, the atmosphere, the suspense, and the helplessness and confusion players will feel by the end. So it shouldn’t be surprised why this game is one of the most successful horror titles of the last decade. It’s a masterpiece you should play regardless of whether you’re a fan of anime horror games!

Misao is another RPG horror game that focuses on exploration and puzzle-solving. In this game, students get transported to an alternate dimension of their school by the spirit of a girl who recently went missing and must look for a way to appease her.

Misao takes players on a thrilling horror adventure as they explore the cursed school while avoiding all the dangers that lurk within. Players will have to find six of Misao’s body parts to perform a ritual to put her restless spirit to rest.

But what is keeping Misao from moving on in the first place? If you’re thorough enough in your explorations, you will find out Misao’s tragic story that won’t leave even the most hardened horror veterans indifferent. Be careful, though — there are many endings to this game, meaning all your actions have consequences!

The Witch’s House is an anime horror game classic that has players take on the role of Viola, a young girl who gets trapped in a spooky forest mansion. Like most pixel horror games, this title focuses heavily on puzzle-solving, jumpscares, and narrative-driven horror. In order to escape the mysterious mansion, players will have to unravel the mystery of The Witch’s House by locating various pieces of the witch’s journal and learning more about her fate.

In a typical RPG fashion, there are two endings to this game — the good and the bad one. The one you get will entirely depend on your actions and how you treat and interact with other characters. So if you want to experience this adventure to the fullest, you’ll need to do at least two playthroughs!

Overall, if you enjoy anime and story-driven horror games, The Witch’s House is the perfect title for you. Just be sure to save regularly — the mansion is full of traps and enemies you’re unlikely to survive on your first playthrough!

Corpse Party is one of the best anime horror games of the last decade, and for a good reason! This puzzle-oriented RPG even has multiple sequels to its name thanks to its brilliant but shockingly terrifying story, memorable characters, and vivid visuals.

Corpse Party follows a group of high-school students who perform a seemingly harmless ritual one stormy evening and get transported into an alternate reality of their school. There, the group ends up separated and has to find their way through the cursed hallways while looking for a way out.

This game will keep you on the edge of your seat the entire time, as you’ll regularly have to make critical decisions that can mean the difference between life and death. And trust us when we say — there’s plenty of death to go around; Corpse Party is not for those with a weak stomach.

So will you be able to discover the truth behind the tragedy that happened in this dilapidated school several decades ago and escape with your life, or will you fall prey to the tortured spirits that haunt its hallways? Try the game and find out!

How did you like our choices for the best anime horror games? Have you already experienced any of these fantastic games? Which ones did you like the most? Share your thoughts in the comments section below!